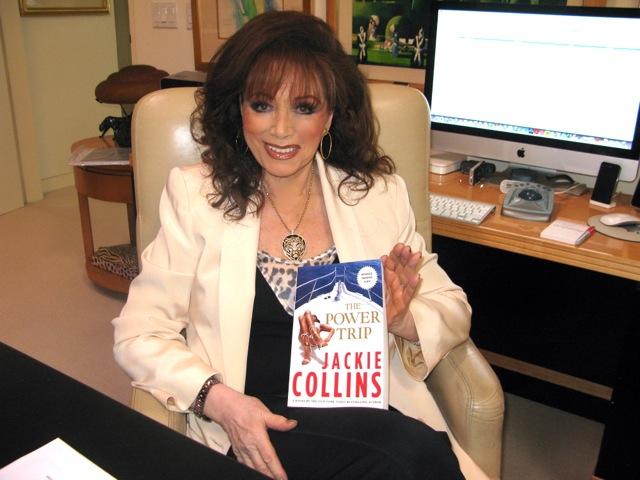 Jackie Collins, whose steamy novels sold more than 500 million copies, has died following a six-year battle with breast cancer that she never divulged to the public.

Collins, the daughter of a Jewish father and an Anglican mother, died Sept. 19 in Los Angeles. She was 77.

Her best-selling novels, mostly depicting the lives of women in Hollywood, have been sold in 40 countries throughout the world. Her 1983 novel “Hollywood Wives,” which sold more than 15 million copies, spawned several sequels and a television miniseries.

Collins’ work spawned controversy. Her first novel, The World Is Full of Married Men published in 1968, was banned in Australia and South Africa. Romance novelist Barbara Cartland called it “nasty, filthy and disgusting.”

Collins had her last interview with People magazine, which first reported her death, a week ago. She said her breast cancer diagnosis came more than six years ago, but she only told her three grown daughters, Tracy, 54; Tiffany, 48; and Rory, 46 about it.

“Looking back, I’m not sorry about anything I did,” she told People.

She was the younger sister of actress Joan Collins of Dynasty fame.

Collins “lived a wonderfully full life and was adored by her family, friends and the millions of readers who she has been entertaining for over four decades,” the family said in a statement posted on the novelist’s website. “She was a true inspiration, a trail blazer for women in fiction and a creative force. She will live on through her characters but we already miss her beyond words.”

Collins was born in London and moved to the United States in the 1980s.