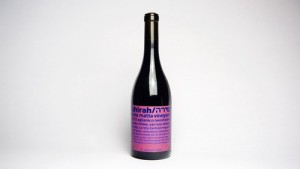 “Opportunity is missed by most people,” Thomas Edison is quoted as saying, “because it is dressed in overalls and looks like work.”

For Gabriel and Shimon Weiss, the founders of the Shirah Wine Co., it appeared in the form of surplus grapes from California’s 2005 bumper crop. That year the harvest was so large that many vineyards couldn’t sell all their grapes, so some were left on the vine.

Gabriel Weiss had moved to California in 2004 to work at the kosher Herzog Winery as a cellar rat — a grunt-work laborer who works inside a winery or barrel room, getting messy with the non-romantic side of wine making and seldom sees the light of day. It is generally a physically demanding job, with long hours and little pay — but it can be a fabulous position from which to learn all about making wine. In 2005, a vineyard owner with surplus grapes he couldn’t sell told Weiss that he and a couple of friends, fellow Herzog Winery cellar rats, could have, for free, as much as they could pick and haul away from his San Luis Obispo County vineyard. Early the next day, they did just that.

They got a half-ton of Syrah grapes and made a barrel of wine in a garage. They aged it for nine months. It yielded 288 bottles which they split three ways, naming it Shirah, from the Hebrew word for song, and a play on Shiraz, another name for Syrah-based wine. Gabriel’s brother, Shimon, eventually moved west to work at Herzog and Covenant. In 2008, the brothers made their first wines together. Their wines were released in 2009 under their Shirah label and were an instant critical success. Due to their very limited quantities, this critical success hasn’t translated into financial fortune, but it’s a fantastic start in a very tough industry.

Although religiously observant, the Weiss brothers are somewhat unorthodox winemakers. Their winemaking education has been all on-the-job training, rather than from university study.
Behind their creative labels are some powerful, fascinating, creative blends and single-vineyard bottlings.

Their most recent releases include the Shirah Luna Matta Vineyard Aglianico 2013 ($65). Made from the fairly uncommon to the United States Aglianico grape, a southern Italian grape
varietal they sourced from an organic and almost entirely dry-farmed vineyard in Paso Robles, Calif.  This wonderful, balanced wine displays lovely dried red fruit, licorice and mint aromas leading into supple black plum, strawberry, fig, dark chocolate, leather and exotic spice flavors, in a medium frame and a poised lengthy finish. It is a delightful, food-friendly wine that expresses both the winemaker’s sense of adventure and their growing expertise.

Spirits-wise, with bourbon on the brain, our thoughts turn to the mint julep, the official cocktail of the Kentucky Derby, the annual horse race on the first Saturday in May.

Little more than a concoction of whiskey, mint, ice, sugar and water, this mix becomes enchanting, seductive ambrosia when made well. The tang of the mint perfectly balances out the sweetness of the bourbon, and the drink maintains a cool, iced, sweet and refreshing zing from start to finish. It tastes best when drunk relatively quickly, as the ice melts and dilutes the balance, but it remains a cocktail, not a shooter, as it doesn’t dilute that quickly.

It began life as a brandy-based, rather than whiskey based, concoction. It seems to perform well enough in all its various forms.

Our preferred version, as per Jim Hewes, bartender at the Red Robin bar at the Willard Intercontinental Hotel in Washington follows:

Place 8 to 10 mint leaves, 1 heaping teaspoon of granulated sugar, an ounce of San Pellegrino, and an ounce Maker’s Mark bourbon whiskey in  a chilled Collins glass or a julep tumbler, and lightly muddle the mint leaves until it begins to look like tea essence.

Fill the glass halfway with finely crushed or cracked ice. Gently, but firmly, stir to ensure that the taste will be uniform throughout. Add another heaping of the ice, keeping it tightly packed almost like a snow cone. Pour in equal measures of the bourbon and San Pellegrino. Garnish with a fresh sprig of mint to which the stem has been bruised to release a bit more of that mint flavor. Add a twist of lemon peel. Dust the top with granulated sugar. Serve with two short stirrer straws so that you have to put your nose right into the bouquet to sip it.