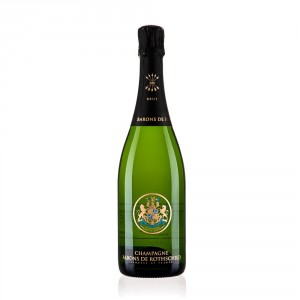 New Year’s Eve is traditionally celebrated with a Champagne toast. This is likely because the bubbles are considered festive, or perhaps in the belief that drinking something expensive will bring good fortune for the coming year. Whatever the reason, more Champagne will be consumed during the hours after midnight on Jan. 1 than during any other time of the year.

All rather distressing to contemplate. As I’ve written in this space plenty of times before, Champagne and other sparkling wines are too good to be saved for only special occasions. Their variable flavor profiles range from sweet to bone dry, from light to full-bodied, and from fruit forward to more restrained — all of which make sparklers some of the world’s most food-friendly wines.

While Champagne is the quintessential bubbly, very attractive and often more reasonably priced, sparkling wines are made in other regions, including California, Spain, Italy, Israel and even other locations within France.

The process begins with the selection and fermentation of a base wine, usually composed of high-acidity varietals such as pinot noir or chardonnay, although nearly every grape can be made into a sparkling wine. Then, small amounts of sugar and yeast are added to induce a second fermentation, during which the carbon dioxide normally produced is trapped within the liquid. The resulting sweetness is determined by the amount of residual sugar left after this second fermentation.

Here is one of the newest and higher-end kosher sparkling wines: Champagne Barons de Rothschild Brut Cuvée ($90; mevushal; make sure to check for the kosher version) — A complex assemblage of 60 percent chardonnay and 40 percent pinot noir, with 40 percent reserve wines blended in for added quality and consistency; this Champagne is dry, elegant and restrained with aromas and flavors of green apple, pear, lemon peel, white peach, toast, pie-crust, almonds and hazelnuts, and with a lovely, chalky minerality and wonderfully balancing acidity. Managing to be both austere and creamy, focused yet breezy, this is delightful and entertaining now, but holds much promise of things to come with some additional aging. A fine, lovely, mevushal Champagne.

Spirits-wise, I thought I’d revisit one of the greatest and most classic Islay single-malt Scotch whiskies. Lagavulin (pronounced Lahgah-voolin) was founded in 1816 and from its earliest history developed a reputation for quality among Islay Scotch whiskies. Owned by DIAGEO, the world’s largest drinks company, Lagavulin was introduced to the contemporary single-malt market in the late 1980s as one of its Classic Malts series. This marketing campaign was so successful that Lagavulin 16, the expression offered in the “classic malts” range, quickly became the world’s most popular Islay Scotch whisky. Due to intermittent production in the 1970s and 1980s, DIAGEO ran out of aged Lagavulin around 1998.

Prices went through the roof, assuming you could find a bottle. Since then, DIAGEO has maintained round-the-clock production at the distillery, producing just as much Lagavulin as possible. Even though the company introduced a 12-year-old expression, the whisky drinkers of the world largely moved on until their beloved 16-year-old Lagavulin returned. Instead of being the most popular Islay Scotch whisky, Lagavulin fell into third place.

Lagavulin 16 Year Old Islay Single Malt Scotch Whisky (43 percent abv; $90) — This stunning whisky opens with massive smoky Islay peat, but with a dryness unlike any other Islay whisky. The aromatic complexity only deepens from there, with additional beautifully integrated notes of Lapsang Souchong and Earl Grey teas, iodine, brine, orange marmalade, toffee, figs, vanilla and sweet spices, and all with intermittent charcoal and smoked meat notes dancing in and out of focus. The flavors follow suit, but with added heft and an oily, almost velvety delivery. This powerful, hugely concentrated whisky demonstrates better than any other Islay malt that peat smoke doesn’t simply dominate and smother every other flavor, but rather serves as an artist’s canvas upon which the usual distillation and maturation flavors can be brilliantly showcased and even elevated. This is a stunning whisky! L’Chaim!