Samuel Joseph Edwards will celebrate his bar mitzvah on June 24 at B’nai Israel Congregation in Rockville. A rising eighth- 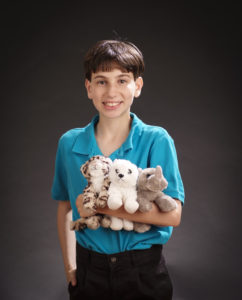 grader at Julius West Middle School, Samuel is the son of Beth Panitz and Michael Edwards and the grandson of Suzanne and the late Stephen Edwards and Sylvia and Bernard Panitz, both of blessed memory.
For his mitzvah project, Samuel led a Walk MS team, raising more than $2,000 for the National Multiple Sclerosis Society and spreading awareness about MS. He is also supporting efforts to protect wild animals and endangered species by symbolically adopting several wildlife species from the World Wildlife Fund and purchasing Save the Vanishing Species stamps for his thank-you notes.