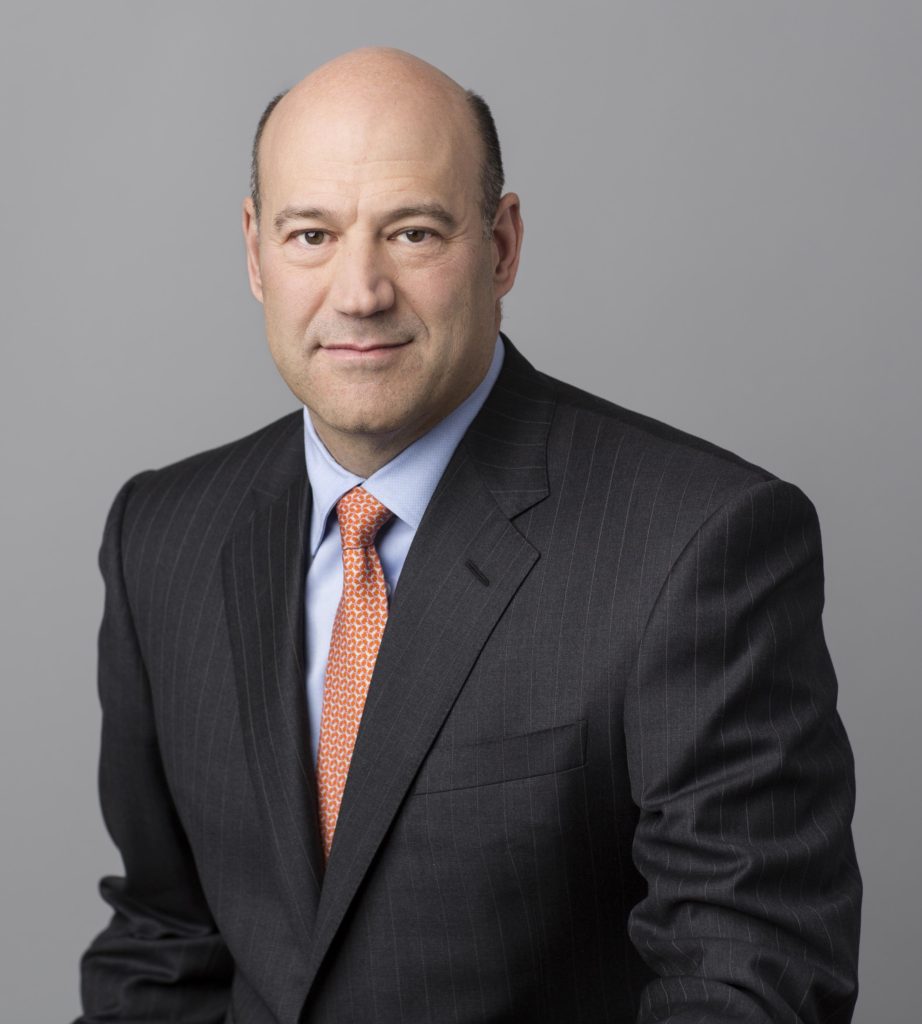 This is the second in an occasional series about Jews who serve in the Trump administration.

The White House’s top economic policy wonk has been described as “arrogant” and “abrasive” by his former colleagues. But National Economic Council Director Gary Cohn has also received praise for his persistent work ethic.

“At 6 foot 3 and 220 pounds, Cohn can be intimidating,” Bloomberg BusinessWeek wrote in 2011 about the then-chief operating officer of Goldman Sachs. “Visiting Goldman Sachs’s trading floors, he would sometimes hike up one leg and plant his foot on a trader’s desk, his thigh close to the employee’s face, and ask how markets were doing.”

After a 26-year career at Goldman Sachs, Cohn, 56, was thought by many to be a potential successor to CEO Lloyd Blankfein. Then, in December, President-elect Donald Trump tapped Cohn for the White House position.

As director of the National Economic Council, Cohn’s job is to oversee a team of financial advisers and Cabinet members who will provide him with expertise to help craft economic policy for the president.

Cohn, a Democrat, is the 10th person to hold this job. The council was formed in 1993 under President Bill Clinton. He’s the third Jewish Goldman Sachs alumnus in the position, following Robert Rubin, who served under Clinton, and Stephen Friedman, who served under President George W. Bush. In leaving the Wall Street investment bank, Cohn received a $285 million exit package.

Cohn has made clear in interviews with Fox Business and Bloomberg Television that his main priorities are corporate tax reform and deregulation of the financial industry. In a Feb. 3 interview with Bloomberg, he said that after meeting with a number of CEOs, he thinks deregulation is important and would allow banks to have more money to lend to small- and medium-sized businesses. The White House did not respond to a request to speak with Cohn for this article.

He also vowed to “attack all aspects of Dodd-Frank,” referring to legislation signed by President Barack Obama in 2010 aimed at holding banks accountable in the wake of the 2008 recession.

“As of right now, [Cohn is] Mr. Economic Policy in this administration,” said Frank Vogl, an adjunct professor in Georgetown University’s School of Government and an adviser to several financial institutions.

On the same day as Cohn’s interview with Bloomberg, Trump announced that he signed an executive order to roll back sections of Dodd-Frank, including one to require energy companies to disclose payments made to foreign governments — a move Vogl said “had influence” from Cohn.

One reason Cohn has been so influential early on, Vogl said, is because the Trump administration has been slow to appoint lower-level Cabinet members. It was not until Feb. 27 that the rest of Cohn’s economic team in the White House was announced.

“[Gary] Cohn was appointed at a time when the administration didn’t have a Treasury secretary and the president has not appointed members to the Council of Economic Advisers,” Vogl said.

He said that Cohn is “widely respected” on Wall Street for being a “sound analyst of finance” and has a reputation of “unblemished integrity.” But Vogl, who wrote several books on global corruption in the financial industry, worries that Cohn lacks the stamp of approval from the average person.

“Here’s a man who at least in the first few weeks of the Trump administration has had enormous influence on economic policy, and he has just left one of the most powerful positions on Wall Street … advocating policies that have had benefits for firms like Goldman Sachs.”

Vogl continued, “They come, when all is said and done, from a cocoon of enormous wealth and prosperity dealing at the highest level of finance.”

Cohn’s beginnings were more modest. His grandfather came to the United States from Poland at the age of 13 with $8 in his pocket and started an electrician’s business, according to Business Insider.

Cohn grew up in a suburban Cleveland home where his father worked in the family business and later as a real-estate developer.

As a child, Cohn suffered from dyslexia. His mother worried Cohn would never be able to read, said Kathy Kenny, head of Gilmour Academy, a Catholic school in Gates Mill, Ohio, which Cohn attended because it could accommodate his disability.

Kenny, who started teaching English at Gilmour during Cohn’s senior year, did not have him in any classes but saw that he had become a leader in the school during his time there.

“My impression of Gary during his senior year was he was in charge of everything,” she said. “He was just that kind of kid … if there was a basketball concession stand he was the one trying to maximize profits.”

Kenny, who has kept in touch with Cohn, thinks his take-charge attitude will serve him well in the White House.

“You talk about determination and dedication and focus. He’s a person of strong character and fortitude and he will work hard to do what he thinks is best.”