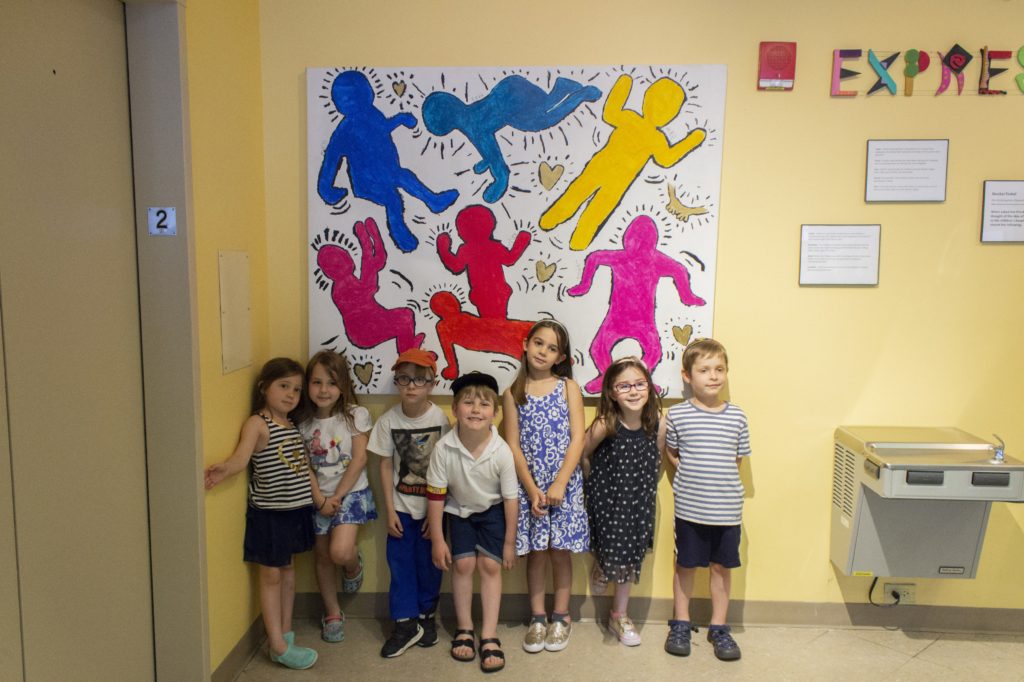 Pre-kindergarten students at the Milton Gottesman Jewish Day School of the Nation’s Capital pose in front of the mural they created and donated to Children’s National Medical Center. The class created a three-piece, large-scale mural titled “Teamwork, Love, and Togetherness,” inspired by the artwork and social activism of Keith Haring. Photo by Amanda Reich. 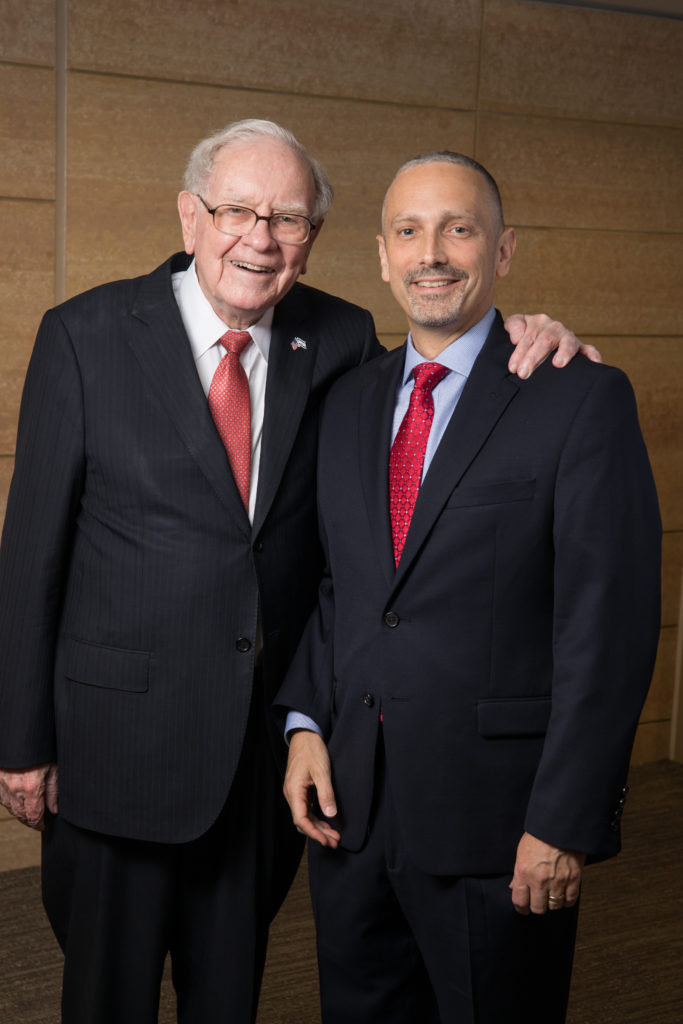 Investor Warren Buffett, left, poses with Todd Sukol of Washington, at a Development Corporation for Israel/Israel Bonds reception on June 7. The event generated more than $80 million in investments and intentions to invest. Photo by David Radler. 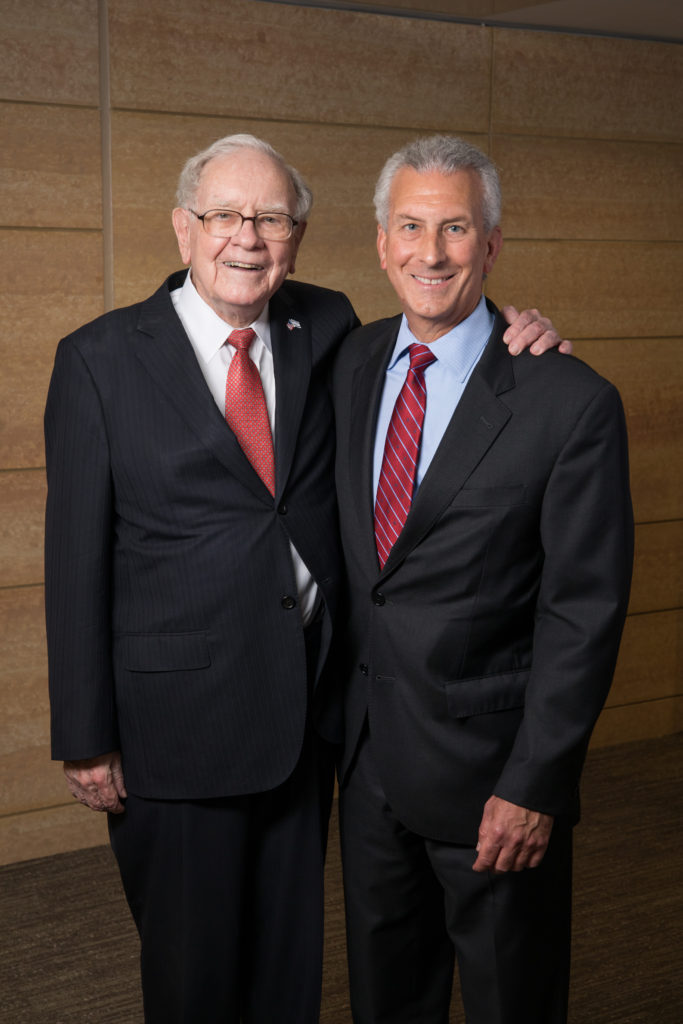