Not long ago, the Minsk resident decided to start a Torah-based ecology project called Cactus. Each month, a group of young Jews in Minsk meet either in person or online to consider a specific environmental dilemma and what Judaism has to say about it.

“Our goal was to find new people who had not been involved in Jewish community activities,” said Litvin, 25, a graphic designer. “We realized that one angle that had not been explored before was ecology.”

For Tu B’Shevat, the Jewish Arbor Day, which this year falls on Jan. 28, Cactus will be holding a celebration dubbed To Be Green. The group recently organized a kibbutz-style eco-festival along the bank of a river near Minsk. Group discussion topics have ranged from climate change to the wastefulness of plastic shopping bags to the long-term repercussions of COVID-19.

“The pandemic itself is causing an ecological disaster because of all the masks being used,” Litvin said. “So we’ve been collecting plastic bottles and we bring them to a factory, which produces masks from them.”

Another club in the remote Siberian city of Yekaterinburg called CinemaMidrash aims to develop a sense of identity among local Jews through Jewish-themed movies. Among the films the group has watched and discussed: “Ushpizin,” “Footnote,” “Menashe” and “An American Pickle.”

“In Yekaterinburg, there’s a sizable number of people who don’t come regularly to Jewish activities, so we looked for a format that would encourage them to attend,” said Alexey Zeydman, 35, who heads the group. “We’re showing not the kind of standard movies they’d choose by themselves, but films they wouldn’t normally have the opportunity to see.”

Both the Minsk and Yekaterinburg projects are among 35 locally run Limmud FSU Labs being jointly financed by Israel’s Ministry of Diaspora Affairs and Limmud FSU, a nonprofit international Jewish organization that seeks to help Jews from the former Soviet Union enrich their Jewish life and strengthen their Jewish identity. It was founded in 2006 by Chaim Chesler and Sandy Cahn, and is supported by institutions, foundations and philanthropists including Matthew Bronfman, its chairman; Aaron Frenkel, its president; and Diane Wohl and Tom Blumberg.

The idea is to develop a year-round, ongoing calendar of meaningful Jewish activities for Russian-speaking Jews beyond the Limmud FSU annual conferences in the nine countries where the organization is currently active, including in the former Soviet Union, North America, Europe and Australia. 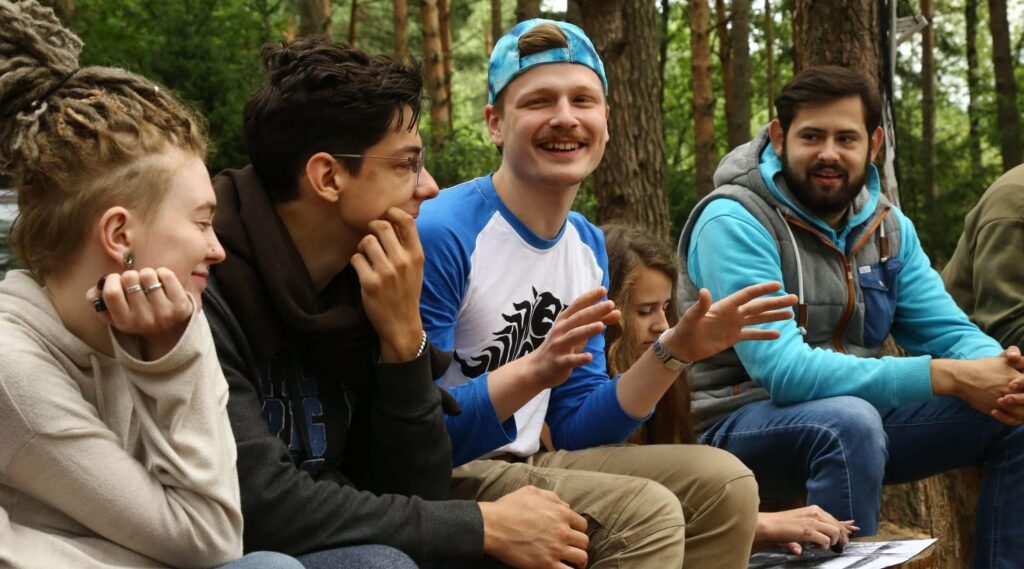 Igor Litvin, right, started a Torah-based ecology club in Minsk, Belarus. Participants meet every so often to discuss an environmental dilemma and what Judaism has to say about it. (Dmitry Zemetkov)

“The aim of this innovative project between Limmud FSU and Israel’s Ministry of Diaspora Affairs is to expand and deepen the connection of young Jews to Judaism,” said Frenkel, the president of Limmud FSU. “These groups are being spearheaded by Limmud FSU participants and volunteers who have a real desire to deepen their learning and Jewish connections, and they’re creating meaningful and lasting networks that can have a tremendous impact on Jews around the world.”

The hope is that in addition to the annual conferences, these activities will create consequential connections among Russian-speaking Jews, and between them and the Jewish world at large, including Israel.

“In the face of challenges brought on by the coronavirus, it is moving to see how Limmud FSU continues to develop the connection of so many young people to their Jewish identity,” said Omer Yankelevich, Israel’s minister of Diaspora affairs.

Limmud FSU Labs projects are now underway in the former Soviet republics of Russia, Belarus, Moldova and Ukraine, as well as in Australia, Austria, Canada, France, Germany and the United States.

“Many of these people know they have some Jewish heritage,” said Limmud FSU Labs project manager Gabi Farberov, a Latvia native who moved to Israel in the 1990s. “They just need something attractive and social to bring them in.”

All the projects were selected for funding through an online process that attracted 140 entries. The plan is that each year, 35-50 initiatives will receive up to $14,000 each. Thus far, 160 projects are vying for financial support in 2021.

“These leaders have great ideas and motivation but lack support,” Farberov said. “Our model is unique in that we provide them with assistance to lead their own projects, not come with our own program and decide what’s good for them.” 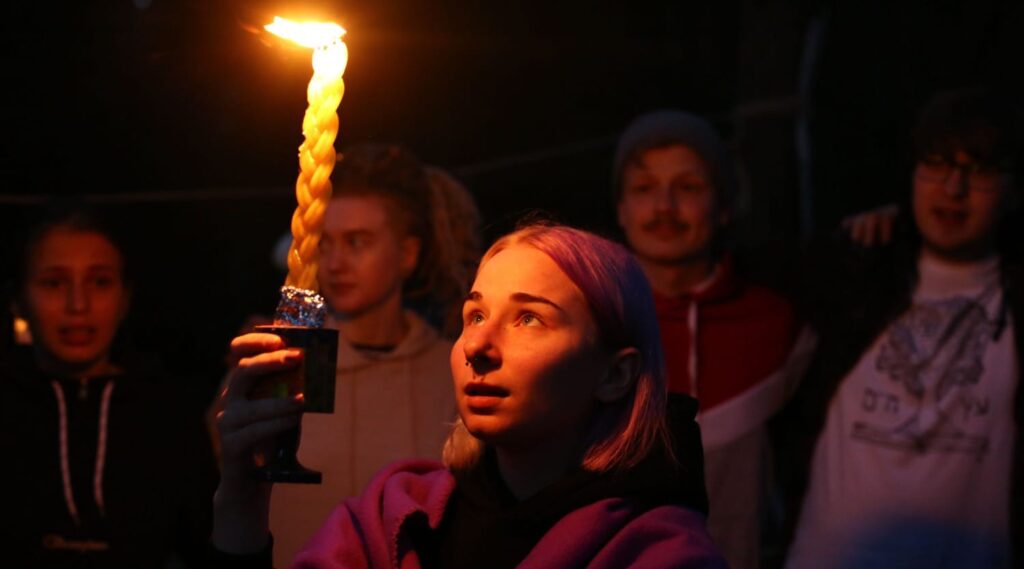 Financial risk manager Orit Interbrik, 49, has lived in Paris for nearly 30 years. She was born in Kiev and immigrated in 1989 to Israel, where she met her future husband, then moved to France two years later. She long had wanted to carve out a unique space for Russian-speaking Jews in Paris’ large and thriving Jewish community.

To create that unique sense of community for people like herself, Interbrik formed Jewish Life of Paris, a group of 50 or so Russian-speaking Jewish immigrants who celebrate the holidays together and regularly discuss everything from Jewish music to cultural integration.

In Sydney, Australia — home to some 20,000 Russian-speaking Jews known affectionately as Kangarusskis — psychology student Sean Torban, 20, runs a group called Talking Holocaust that holds workshops and panel discussions for young adults to learn how the younger generation can talk to their parents and grandparents about the Holocaust.

“Most organizations are focused on education about the Holocaust, whereas I focus on discussion,” said Torban, whose father is Ukrainian and mother Belarusian. “Our mission is to pass on family stories before they’re forgotten.”

Similarly, in Philadelphia, Moldova-born art historian Katerina Romanenko, 46, runs Khatul Madan (Hebrew for “learned cat”) — a project to teach Russian-speaking Jews about the American Jewish experience. She organizes lectures, social events and intellectual games in Russian — an amalgam of culture and history and socializing that’s now held via Zoom due to the pandemic.

“This is not a college class,” said Romanenko, the assistant director of youth and family programs at the Pennsylvania Academy of the Fine Arts. “It’s for people who want to learn in a very unthreatening, relaxed way.”

Farberov said she has been amazed by how the projects have adapted to the pandemic era.

“Many activities have successfully made the transition to online programming, or to smaller offline settings,” Farberov said. “Their persistence despite this challenge is a testament to just how committed and motivated these young people are to deepening their connections to Judaism and Jewish community.”

This article was sponsored by and produced in partnership with Limmud FSU, which nurtures open, pluralistic, dynamic learning platforms across the world for Jews of all ages and backgrounds with roots in the former Soviet Union, while embracing the Jewish intellectual, cultural and religious traditions grounded in this shared experience. This article was produced by JTA’s native content team.

When teaching about Israel, what to include in the lesson plans?