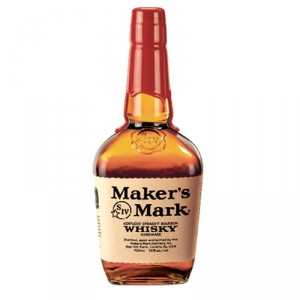 For better or worse the Internet has expanded public participation into nearly every aspect of society. Twitter, Instagram, Pinterest and other outlets allow anyone with access to some type of keyboard to comment, review and critique pretty much anything they see, hear or taste. The implications are as broad as the imagination when everyone can voice their opinion far and wide, influencing others to vote with their wallets.

Participation is the key. A profound example, as it leaps from the virtually costless airing of an opinion to the actual allocation of resources, is the phenomenon of “crowdfunding.” Rather than the more laborious and traditional routes of obtaining capital, with “crowdfunding,” entrepreneurs are able to solicit financial support from entirely unknown peoples via sites like kickstarter.com. Typically contributors receive some type of gift, reward or equity when the project they have supported is completed. Crowdfunding has become wildly successful, growing to a $5.1 billion worldwide
industry last year.

It should come as no surprise, then, to learn that the owners of Israel’s first “start-up winery” are utilizing crowdfunding to expand their facilities. Located nearly midway between Haifa and Tiberias on Kibbutz Hanaton, the Jezreel Valley Winery was established in 2011 to produce kosher and vegan wines. The winery completed its first harvest in 2012 (certified kosher under the OK).

The Jezreel Valley Winery focuses on varietals its owners believe are best suited to the local climate, including carignan, argaman and syrah, along with some chardonnay. The winery characterizes its winemaking approach as a combination of European tradition with New-World modern technology.

Through a campaign on indiegogo.com, it is offering those who help with its expansion various perks ranging from discounted wine purchases, to gifts, to a lifetime supply of wine.

Seems like a reasonable investment to us since its wines are so remarkably good for such a young enterprise. The winery’s latest releases include the tasty and very interesting single vineyard bottlings of argaman and carignan from 2012 but it is the flagship Jezreel RedBlend 2012 ($32) that is a standout. A fusion of carignan, syrah and argaman (an Israeli-created varietal that is a cross between souzao and carignan), the wine displays a slightly smoky dark fruit aroma that leads into strawberry, red cherry, cassis and plum flavors with accents of herbs, spice and oak. It is a delicious, easy-drinking red to enjoy during the next few years, and it suggests a bright future for the Jezreel Valley Winery.

Spirits-wise, we wrote recently about a couple of recent attempts to sue booze-producers over allegedly fraudulent marketing via use of such nonregulated designations as “handmade” or “handcrafted” on their labels. Well, yet another company has been targeted – but this time it is one of the traditional and big corporate players, rather than a flashy and trendy newcomer. Maker’s Mark, a subsidiary of Beam Suntory, Inc., has been hit with a potential class-action
lawsuit, filed Dec. 5 in U.S. District Court in San Diego, alleging that the venerable bourbon producer engages in false advertising, unfair competition and negligent and intentional misrepresentation under California’s False Advertising and Unfair Competition laws.

The hubbub, again, is the use of the term “handmade” prominently on the label, and the concomitant advertising slogan on the side of the label: “Maker’s Mark is America’s only handmade bourbon whisky – never mass produced,” and the related slogan: “We’re proud of our unique and full-flavored handmade bourbon.”

Yet, the plaintiffs allege that this is false, and that the whisky “is manufactured using mechanized and-or automated processes, which involves little to no human supervision, assistance or involvement, as demonstrated by photos and video footage of defendant’s manufacturing process.”

Due to the alleged misrepresentations, claims the lawsuit, the “plaintiffs and other similarly situated consumers purchased thousands, if not millions, of bottles of Maker’s Mark whisky and have suffered, and continue to suffer.” According to the lawsuit, the plaintiffs have suffered to the tune nearly $100 (one plaintiff allegedly bought a bottle on Nov. 17 for $32.99; the other allegedly bought a bottle for $58.99). So, naturally, they are seeking damages in excess of $5 million (a figure based on the 8.4 million bottles of Maker’s Mark believed to be shipped last year, according to the lawsuit). After all, says the complaint, “had [the] plaintiffs and putative class members been made aware that Maker’s Mark whisky was not in fact ‘handmade’ they would not have purchased the product, or would have paid less for it, or purchased a different product.”

Clarkson Hine, spokesman for Beam Suntory, issued a straightforward response: “This claim is without merit; we will defend this case vigorously and we are confident that we will prevail.” We agree.

Even still, such lawsuits are very costly. Indeed, we are told by lawyer friends that consumer fraud class action complaints are sometimes the primary factor in labeling and advertising changes that can impact entire industries.

It is worth noting that one of Maker’s Mark distinctive (and trademarked) packaging features is that every bottle is individually dipped in wax by hand and has been since the first bottle was
produced in 1958. As Maker’s Mark COO Rob Samuels noted in 2012 to The Courier-Journal its distinctive wax design was created by his grandmother Marge Samuels (back when it was still a Samuels-family owned company; it was sold in 1981, though has continued to be operated by the family): “Her vision was to create a name and a bottle design that would reflect the handmade values of handmade bourbon. And as a passionate collector of English pewter, she noticed that craftsmen on their finest pieces would always embed a mark in them, the mark of the maker, signifying that it was made by hand.”

However this plays out, we will continue to very happily drink Maker’s Mark whiskies. Here are two to seek out:

Maker’s Mark Kentucky Straight Bourbon Whisky (45 percent abv; $26): This is a mild, sweet and very smooth bourbon with notes of vanilla, caramel, wheat grain, allspice, cedar wood and pipe
tobacco followed by a nice, rounded, if slightly quick, clean and cool finish. It is incredibly drinkable, and remains our preferred bourbon for cocktails.

Maker’s Mark #46 Kentucky Straight Bourbon Whisky (47 percent abv; $37): This intriguing and enjoyable whisky is the regular Maker’s Mark with a few
additional months of maturation in barrels that contain heavily seared French oak staves, making for an inviting variation. This whisky is smoother and a little less sweet, offering a dollop more heat in the mouth with a little less vanilla and a bit more earthy allspice, caramel and a touch of something racy.

Both expressions of Maker’s Mark are delicious, and dangerously easy to drink. L’Chaim!