The D.C. attorney general on Tuesday filed a lawsuit against Washington Hebrew Congregation, the latest round in a two-year-long sexual abuse investigation of the preschool of the city’s oldest synagogue.

The Washington Post reported that the suit alleges “that the synagogue’s preschool frequently ignored city laws designed to keep children safe amid accusations that a teacher sexually abused at least 15 toddlers and young children for more than a year.”

On Tuesday, the synagogue issued a statement, saying in part, “Our commitment to child safety and compliance with all DC regulations, and our support of all in our community, has been steadfast. “We will take all necessary steps to defend our congregation and our school against this misleading and inaccurate lawsuit.”

In its complaint, the attorney general charged that WHC “created an environment ripe for abuse. WHC ignored or disregarded laws specifically designed to keep children safe and actively discouraged attempts by staff and parents to flag clear dangers. Children, aged2-4, were left in the care of unqualified and under-supervised staff, and WHC leadership rejected reports of concerns and irregularities.”

No arrests have been made in the case. In April 2019, eight families whose children attended the synagogue’s Early Childhood Center alleged in a lawsuit that their children were sexually abused by an assistant teacher for more than two years and that the preschool, through its own negligence, allowed it to happen.

The head of the preschool was placed on leave and then replaced. 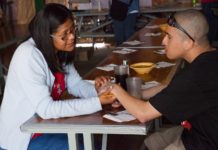