Silver Spring native David Schwartz, of Riverdale, N.Y., is being ordained as a rabbi at Yeshivat Chovevei Torah.

After working for 20 years as an attorney, David decided to make the study of Torah his primary avocation. While at Yeshivat Chovevei Torah, Schwartz enjoyed internships with the Riverdale Y and with two synagogues named Netivot Shalom (Baltimore and Teaneck), along with fellowships through AIPAC and the 92nd Street Y.

After ordination, Schwartz said he looks forward to addressing the problem of loneliness. He hopes to build on the work he is doing at The Hebrew Institute of Riverdale — The Bayit, where he is facilitating intergenerational programming and working with the rabbinic team and shut-in individuals to promote remote learning opportunities and engagement.

Schwartz is married to Shani, and they have three children. 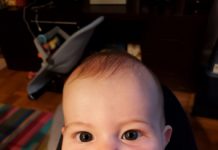