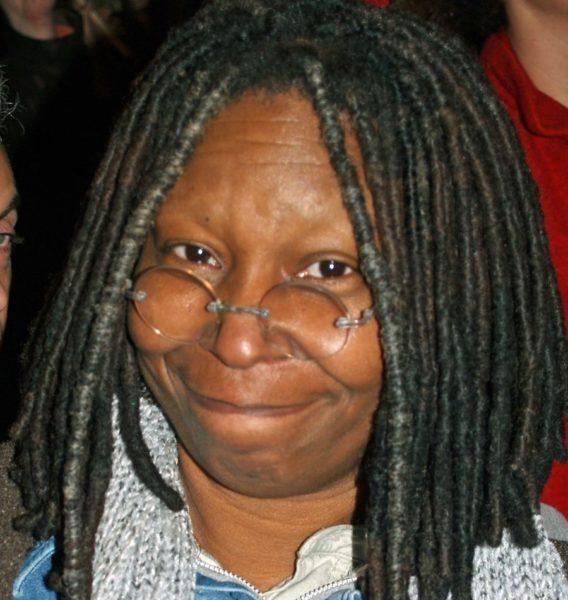 By Gerard Leval
Special to WJW

Last week, just days after International Holocaust Remembrance Day, the actress and talk show commentator Whoopi Goldberg made the surprising and false statement that “the Holocaust isn’t about race.” She emphasized that the Holocaust involved white people acting against other white people and that, therefore, it could not have been about race.

Outrage ensued and Goldberg was appropriately reprimanded from all sides. In keeping with current practice, she promptly issued a semblance of an apology.

As erroneous as Goldberg’s assertion was, it was actually consistent with the position of the Anti-Defamation League.

In 2020, the ADL’s CEO, Jonathan Greenblatt, decided to take the organization into the world of progressive racial politics. In a stunning pronouncement, he had the ADL define racism as: “The marginalization and/or oppression of people of color based on a socially constructed racial hierarchy that privileges white people.” Essentially, the ADL was espousing the patently erroneous view that racism occurs only when white people discriminate against people of color.

The ADL’s position was an especially shocking rejection of the centuries-long racist attacks against Jews, including by the Nazis who expressly referred to Jews as “an inferior race.” (My grandparents, who in occupied France had to register as members of the “Jewish race,” could readily have attested to the anti-Jewish racial policies of the Nazis.)

But, among those who jumped to criticize Goldberg, was none other than Jonathan Greenblatt. He lectured her on the error of her ways and then graciously accepted her apology on behalf of the Jewish people.

His acceptance was then invoked by progressive politicians to suggest that we just all needed to move on from Goldberg’s comments. Greenblatt effectively provided cover for Goldberg’s insensitive and ignorant comments. This cover may have ingratiated Greenblatt to his progressive friends, but it served to diminish the status of the ADL. It also profoundly reduced the ADL’s ability to fulfill its formerly preeminent role as a defender of the Jewish people at a time when such a defense is more important than ever.

My disappointment with the ADL’s role in this controversy is deep. In 1977, as a young lawyer in Chicago, I joined the Anti-Defamation League legal team in an effort to prevent a Nazi march in the Chicago suburb of Skokie, where a large concentration of Holocaust survivors, including members of my own family, lived. I was proud to be associated with the ADL as we struggled to prevent a march whose principal purpose was to harass and taunt members of the Jewish community and especially Holocaust survivors. In fighting against the obvious attempt to inflict emotional harm on a vulnerable Jewish population, the ADL was fulfilling one of its fundamental objectives.

The ADL, created by B’nai B’rith members in the context of the prosecution and lynching of Leo Frank in Georgia in the early 20th century, has for generations served as a bulwark against antisemitism and discrimination against Jews. Whenever Jews were attacked by bigots, they could count on the ADL joining in their defense. Abe Foxman, a survivor of Auschwitz, was the energetic chief executive of the ADL for decades. He fought relentlessly against antisemitism and on behalf of Jews. When he retired several years ago, he was replaced by Greenblatt, an entrepreneur, corporate executive and former Obama White House official.

Under Greenblatt’s leadership, the ADL seemingly made a conscious decision to universalize its mission. An emphasis on defending Jews was apparently too parochial and the ADL would now defend human rights generally.

The change came slowly. Originally, when a group sought to build a Muslim center near Ground Zero, the ADL opposed the move. However, some months ago, Greenblatt, on behalf of the ADL, issued an apology for its opposition to the building of that center. I was offended by the apology and, in an essay published in these pages, I took issue with Greenblatt’s decision.

Now, ADL finds itself complicit with the foolish remarks made by Whoopi Goldberg. Rather than accept Goldberg’s half-hearted apology, perhaps it is actually Greenblatt who should apologize. The ADL’s own inappropriate words were completely consistent with Ms. Goldberg’s foolish observations and may have actually inspired Goldberg to make her statements. In light of the ADL’s espousal of a false analysis of racism that rejects a fundamental pillar of the horrors of the Holocaust, the leader of the ADL is not in a very good position to take issue with Goldberg’s statement.

Without any apparent sense of shame or regret, the ADL has deviated from its critical mission to defend the reputation of the Jewish people. The consequences are now clear.

The ADL needs to return to its mission as a protector of Jewish interests and as a defender of Jews who are victimized by discrimination. In light of the ADL’s current position. Greenblatt’s demand for and acceptance of Goldberg’s apology sadly provides us with a new definition of the Yiddish word “chutzpah.”

Gerard Leval is a Washington attorney and author
of “Lobbying for Equality, Jacques Godard and the Struggle for Jewish Civil Rights during the French Revolution,” published by HUC Press.

This is not art!