When Jewish summer camps unexpectedly had to cancel their summer programs two years ago after the COVID-19 pandemic hit and before vaccines became available, they faced sudden financial ruin.

Jewish camps are widely recognized as uniquely effective tools for cultivating Jewish identity and leadership, and the prospect of dozens of them across the continent permanently shutting down was seen as a problem not just for camps and their campers, but disastrous for the American Jewish community.

Deeply alarmed, the Jewish Federations of North America swiftly stepped up to lead an emergency funding campaign, allocating $15 million to camps that summer. The group also helped create the Jewish Communal Response and Impact Fund, or JCRIF, a pandemic emergency fund that distributed another $22 million in grants and loans to Jewish camps. In total in 2020, JCRIF gave out more than $91 million in grants and interest-free loans to help maintain “the infrastructure” of Jewish life across the United States.

“This was a great example of how the Jewish Federation system rallied its communities to raise the funds necessary to help camps weather the storm,” Jeremy Fingerman, CEO of the Foundation for Jewish Camp, said of the emergency funding. “This is one area virtually every single Jewish Federation supports at the local level, because they know the importance of sending more kids to camp each year.”

Whether or not they realize it, most people who have participated in communal Jewish life in North America have benefited from federation support at some point or another. Federation funding goes to everything from Jewish institutions such as schools, JCCs, and shuls to senior-care facilities, Israel-engagement programming and social welfare services. Hundreds of millions of dollars also go to Jewish needs overseas, from Ethiopia and Ukraine to Israel.

Overall, federations distribute more than $2 billion per year through a network that includes 146 local federations and 300 affiliated communities in the United States and Canada.

“In pretty much every community, the cornerstones of Jewish life are supported by the federation,” said Sarah Eisenman, chief community and Jewish life officer at the Jewish Federations of North America, the federation umbrella organization.

While federations often serve as the leading Jewish organization within a given community, their role as funders and conveners frequently put their crucial support for communities behind the scenes, while their beneficiaries take center stage.

Shortly after Birthright Israel launched in the late 1990s as an experimental way of instilling love for Israel and a connection to Jewish identity among American Jews, Jewish Federations became a major funding partner. That money — allocated directly and via the Jewish Agency — has helped fuel a program that to date has brought over 800,000 young Jews, mostly Americans, on free trips to Israel. 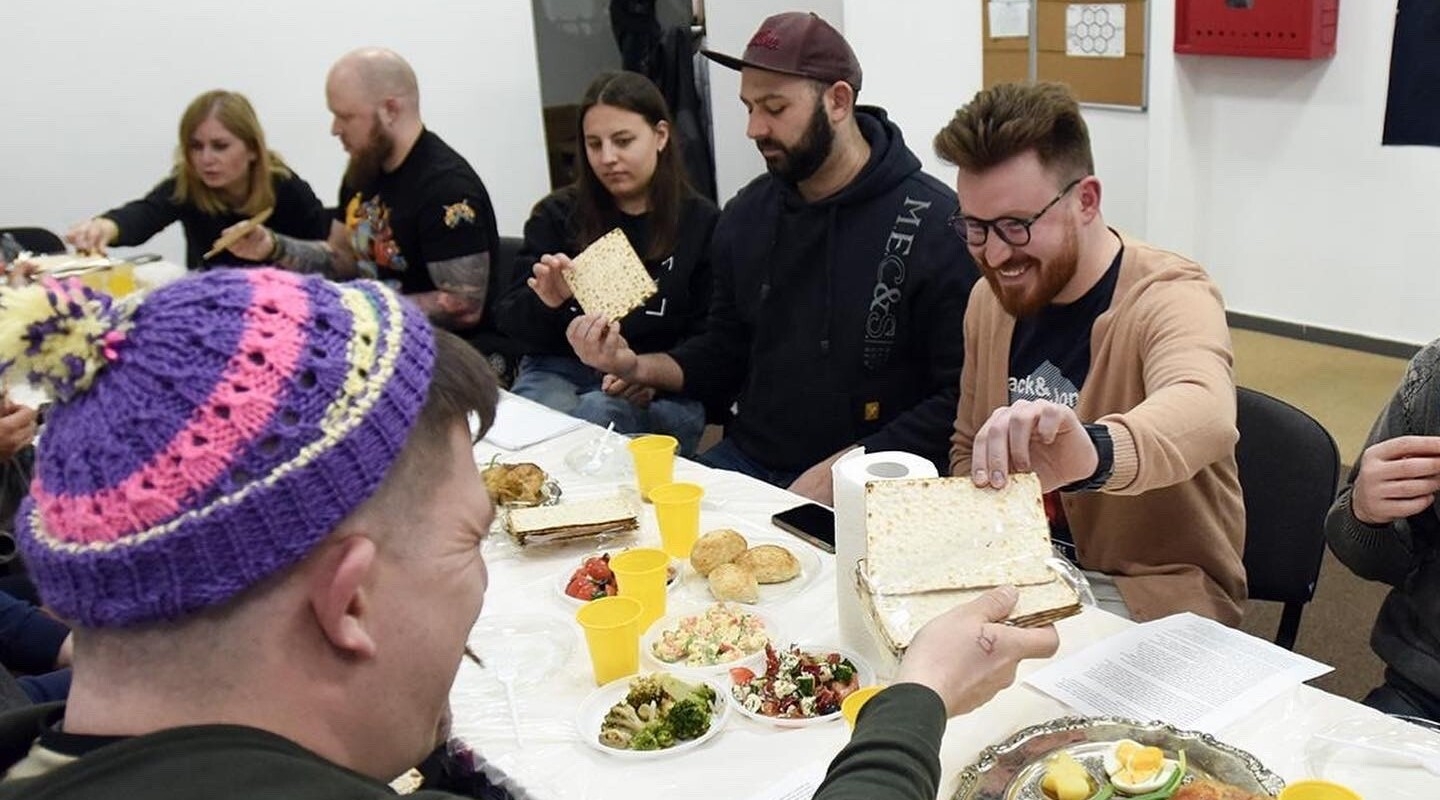 A Passover seder in Kyiv, Ukraine, at a Moishe House. The Moishe House organization is one of countless Jewish programs supported by the Jewish Federations of North America. (Moishe House Kyiv)

David Cygielman, CEO of Moishe House, the organization that seeds and supports Jewish co-living spaces around the country that serve as local hubs of Jewish 20-somethings, says he relies on federations not just for financial backing but for knowledge base.

“Jewish federations have a lot of local expertise, so they can work with us on population trends to know what neighborhoods we should be serving,” Cygielman said.

Federations provide about $1.5 million of Moishe House’s $17 million annual budget and have facilitated sister-city relationships including the pairings of federations in Chicago with Kyiv, Boston with Haifa, New York with France, and Baltimore with Odessa. Moishe House now has over 150 locations in 27 countries, reaching more than 70,000 young adults worldwide annually.

As the central charities of American Jewish life, Jewish federations not only collect and distribute billions of dollars — making them, collectively, among the 10 largest philanthropic bodies in the United States — but act in concert on a national level to identify and address communal needs, frequently with domestic agency partners such as Jewish child and family services groups and Jewish community relations councils.

And because they are reserves of communal funds, Jewish federations can take collective action in a way that’s not restricted by the predilections or an individual foundation or donor or charity.

“Federations act as a convener of Jewish life as well as a thought leader, looking forward to see where there are gaps, and fill them,” Eisenman said. “It obviously starts from having a deep local expertise and understanding of specific Jewish communities — their issues, challenges, opportunities and needs.”

When teen mental health needs soared during the pandemic, Jewish Federations teamed up with their partners at the Network of Jewish Human Service Agencies to launch a $2.75 million project called BeWell to equip the Jewish community with tools, resources and training to support the mental health and overall well-being of teens and young adults. 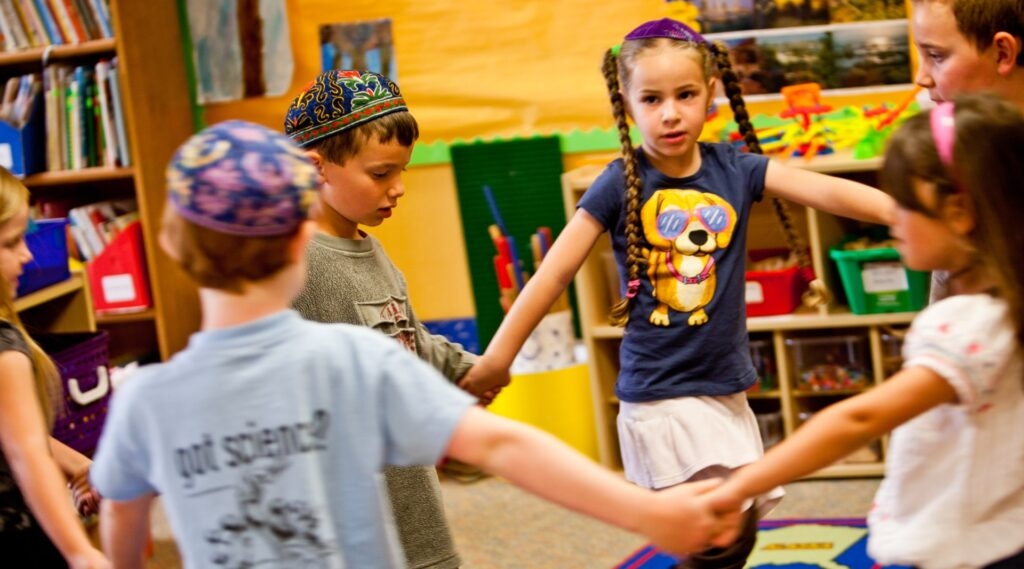 When it comes to support for Jews overseas, federations send tens of millions per year through their main agency partners: The American Jewish Joint Distribution Committee, or JDC, which runs Jewish aid and welfare programs around the world and has been central in the response to the Ukraine emergency; the Jewish Agency for Israel, which is responsible for immigration to Israel and operates Jewish educational and engagement programming in Israel and globally; and World ORT, which supports Jewish education around the world.

In Jewish communities spanning a 3,000-mile-wide continent, every kind of Jewish religious denomination and none at all, and priorities that differ from place to place, federations seek to be places where Jews of every stripe can come together to work on challenges and build thriving communities.

“Jewish Federations are the engines that build and sustain flourishing Jewish communities,” Eric Fingerhut, the CEO of Jewish Federations, told Congress in testimony in February, “by helping them remain healthy, safe, caring, welcoming and inclusive, educated and engaged, involved in their broader communities, and connected to Israel and the global Jewish people.”

Fingerhut, a former congressman from Ohio, was speaking to the U.S. House of Representatives’ Subcommittee on Emergency Preparedness, Response, and Recovery in favor of a Nonprofit Security Grant Program that helps protect houses of worship. As domestic antisemitic incidents have risen, Jewish Federations stepped up its lobbying efforts for government funding and created its own funds, including a new $130 million security initiative called Live Secure, that synagogues and Jewish institutions can tap to upgrade their security infrastructure and training.

After Russia invaded Ukraine seven months ago, Jewish Federations went into high gear and raised over $73 million to distribute to humanitarian organizations helping feed and clothe displaced people in Ukraine, find refugees jobs in places like Poland, and resettle eligible Ukrainians in Israel.

“The federations’ work is critical at this moment,” Eisenman said. “It takes a backbone organization to spearhead that work and make it happen.”

Despite the deep divides in America and a possible recession looming, Eisenman says federations have not seen any drop-off in donors’ commitments. Federations’ place in Jewish communal life is more vital than ever, she added.

“Jewish life is not immune from these polarizing tensions,” she said, “but we must not allow it to erode the fabric of our communal life.”

This article was sponsored by and produced in partnership with the Jewish Federations of North America, which represents over 300 Jewish communities and distributes over $2 billion annually to build flourishing Jewish communities around the globe. This story was produced by JTA’s native content team.