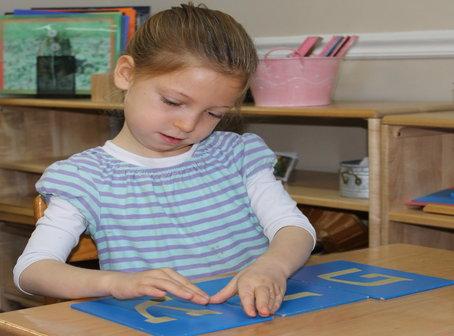 Walk through any number of the area’s supplemental Jewish educational programs and you’ll quickly notice that these aren’t your parents’ Hebrew schools.

Today’s supplemental schools — also known as Hebrew schools, Sunday schools, religious schools and congregational schools — have changed dramatically in the new millennium to include hands-on, engaging lessons, a far cry from the memorization to which past generations were subjected.

In such programs, educators see a wealth of opportunity, if not always a wealth of monetary resources. Innovative programming is great, they say, but field trips and special guest appearances cost money, and funds are frequently tight. No educator interviewed for this story said that the price of tuition fully covered the cost of a religious school education.

And yet, the wish not to overwhelm parents forces programs to seek alternate funding.

“A family of five with three kids in third through seventh grades may pay up to $5,000 between tuition and dues, not including all the other extras — camp, donations, Shabbat dinners,” said Rabbi Daniel Plotkin, education director at Beth Shalom Congregation in Columbia.

No family is ever turned away for inability to pay, he was quick to add, a statement echoed by other educators.

As a result of fiscal realities, congregations end up supplementing the budgets of their religious schools, sometimes in excess of 50 percent of the school’s operating budget. Principals, therefore, turn to community-based organizations for a financial boost, but some of those funds are becoming scarce.

Late last week, the Jewish Federation of Howard County approved a budget that changes how religious schools will be funded come September.

In years past, said Michelle Ostroff, the federation’s executive director, the religious schools located in Howard County received funding in two ways. Each institution received a block grant and an allotment for scholarship money on a per-student basis.

Last year, $32,000 was disbursed to religious schools, with a small portion of the money designated for need-based scholarships for families sending their children to day schools in Baltimore or Montgomery counties. There are no day schools in Howard County.

But as of the federation budget vote on May 21, schools will no longer automatically receive funding. Instead, they will have to apply to the federation for grants for specific programming. The exact amount that will be made available was not disclosed as of press time, but Ostroff said that the pool of money available for religious schools come this fall will see “a slight reduction.”

Howard County is a growing Jewish community with limited resources, Ostroff explained, home to 17,500 Jews across 7,500 Jewish households, according to a 2010 community study. Fewer than 800 donors contributed to the 2014 campaign.

Speaking anonymously, members of the community expressed frustration and concern at the cutbacks and change in how money will be awarded to Hebrew schools. Ostroff, though, asserted that “the federation is absolutely dedicated to teaching our children. That’s one of our core values and will not change.”

“I would encourage federations not to give up on supplemental schools because that’s the main way that non-Orthodox students get their Jewish education,” said Plotkin. “In Howard County especially, the religious schools are important, if not the sole source of Jewish education outside the home. Or at least the source that’s available [nearly] year-round.”

The funding switch approved in Howard County mirrors a decision made by the Macks Center for Jewish Education, an agency of The Associated Jewish Federation of Baltimore, more than a decade ago, according to the agency’s CEO, Larry Ziffer.

Marci Harris-Blumenthal, senior director of Community and Global Impact for the Jewish Federation of Greater Washington, confirmed that the more than 50 congregational schools served by that Federation receive funding through a grants-based model known as the Initiative in Congregational Education.

A little more than $53,000 in funds were disbursed this year through two types of grants. Cluster grants, in which two or more congregational schools apply for a grant to work collaboratively on a project, have no set minimum or maximum. This year, Harris-Blumenthal said, 11 cluster grants involving 40 schools were awarded. The range was from $2,500 to $9,500.

The second type of grant is a $500 grant awarded to congregational schools with fewer than 100 students. The schools do not compete against each other; whoever meets the criteria is eligible for the funds.

“All grants need to be for additive programming that goes above and beyond [normal classroom routines],” said Harris-Blumenthal.

The Jewish Federation of Greater Washington brought the New York-based organization Matan to the area for highly subsidized inclusion training for congregational school directors. The cost of an unrelated online educational course for the teachers was fully covered by the Federation.

For her part, Ostroff noted that beyond direct funding, religious schools in Howard County, like those in Washington’s orbit, also benefit from federation programming, such as a Jewish Agency for Israel emissary who works in the religious schools on Israel-related education.

But at the end of the day, those on the front lines of providing Jewish education continue to stress they need more.

Rabbi Sonya Starr of Columbia Jewish Congregation, said, “I think that it’s mandatory for large Jewish communities as a whole to support and enhance Jewish education for future generations [and] to make it affordable for young Jewish families. We are commanded l’dor va dor, to teach future generations.”