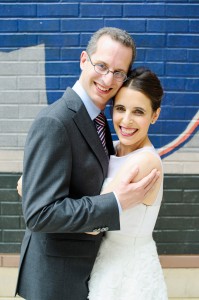 Rabbi Schnitzer, the senior rabbi at B’nai Israel Congregation in Rockville, officiated at the wedding at the synagogue on June 16. Shira received her degrees from Columbia College in New York and Oxford University in the U.K. Graeme received his degree from Oxford as well. The couple resides in London.