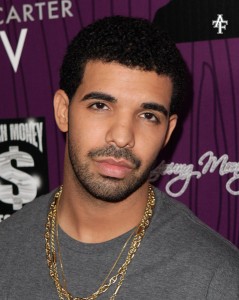 Many people still don’t know that Canadian-born rapper Aubrey Graham, better known as Drake, is Jewish. The chart-topper and former Degrassi star is more recognized for his hit-making collaborations with the likes of Rihanna, Lil’ Wayne and Beyonce.

But Drake reminded everyone of his Jewish identity when he hosted Saturday Night Live last weekend and also served as the musical guest. His opening monologue involved a flashback skit to his bar mitzvah, which showed us, hilariously, what it was like to have a bar mitzvah with a Canadian Jewish mom and an African American dad. His “re-re-bar mitzvah” involved the typical speeches and gift giving, but then Drake showed off his rap skills, with one stand-out line in particular: “Chillin’ in Boca Raton with my mensch, Lenny Kravitz/The only purple drink we drink is purple Manischewitz!” His hosting turn, which also involved him portraying Steve Urkel, Jay-Z and a purple wizard, was well-received by critics.

The appearance of Sasheer Zamata, the first African American woman to appear as a cast member in five years, was also an expected highlight of the show, which was recently under fire for its lack of diversity in its cast. You can check out the bar mitzvah skit below.