Alfred Uhry’s Driving Miss Daisy is a small play with an expansive heart, which it wears proudly on its sleeve. Steering into Ford’s Theatre through Oct. 26, this new home-grown production brings a strong cast to Uhry’s chamber-sized, but not inconsequential play. When it first premiered off-Broadway in 1987, the heartfelt tale of an unlikely friendship spanning a quarter of a century during the Civil Rights era received a Pulitzer Prize for drama. The 1989 movie, starring Morgan Freeman, reprising his role from off-Broadway, and Jessica Tandy, made the irascible Miss Daisy and her steadfast driver Hoke, if not household names, then at least familiar characters to a large swath of the movie-going public. And the film rode away with a 1990 Best Picture Oscar, making it a challenge not to compare any stage production to that statement-making movie.

When Uhry penned Miss Daisy – a brisk 85 minutes with no intermission – he was drawing from his own experiences growing up in the mid-20th century as a Southern Jew. He wrote about what he knew for what he called his “Atlanta trilogy”: a trio of works that featured Atlanta’s Jews spanning various decades, ranging from the period piece when New York Jew Leo Frank was lynched in 1915; to the late-1930s when an upper-crust German Jewish family celebrates a Christmastime cotillion. Miss Daisy covers 25 years from 1948 to 1973 of the unlikeliest of friendships – while the background of the play maps the growing activism of the Civil Rights movement and how Jews and older blacks dealt with those slow but not inconsequential changes, with fits and starts.

Daisy Werthan, the bright and sometimes appropriately brittle Nancy Robinette, at 72, has just totaled her Packard. Her son Boolie (Ron Heneghan, channeling his Southernmost gentleman’s manners and grown child’s exasperation) insists that she give up driving. The solution: Boolie hires a Hoke, an African American driver, with the stipulation that his mother can’t fire him since she doesn’t pay his salary. From this a slow friendship blossoms in fits and starts, with plenty of stalls along the way.

The Werthans are a typical Southern Jewish family: just Jewish enough to be outsiders in the business and social communities of upper middle-class Atlanta, but not too observant. In fact, Uhry has said that growing up, he was Southern first, American, second and Jewish, third. Boolie’s unseen but not unmentioned wife Florine is often the butt of Daisy’s sharp tongue and judgments, particularly when it comes to her desire to associate with Episcopalians or celebrate Christmas with a tree and outdoor lights.

The charm of the play is parked in the slow but steady evolution in the relationship between Miss Daisy and Hoke. Of course, early on she proclaims that she is not in the least prejudiced, but doesn’t want to be seen with Hoke. She can’t seem to come to terms with the realization that traditions and practices she had been raised on made African-Americans second-class citizens. Hoke, though, is a patient and proud man. In a collection of small scenes that span their quarter-century growing friendship, beginning when Daisy was a spry 72 to her final years nearing 100, there is a gradual realization and opening up between the pair that draws Uhry’s sweet sentimentality to the fore.

With racial equity and civil rights as Uhry’s intended subtext, there’s even a mention of the Rev. Dr. Martin Luther King speaking at an Atlanta United Jewish Appeal dinner. Another historically accurate incident Uhry included was the bombing of the Reform synagogue on Peachtree Street in 1958. But Hoke, from the outset, loved working for Jewish people, saying to Boolie that Jews weren’t nearly as bad as some of the Christian families he labored for.

Director Jennifer L. Nelson, who has worked at Theater J on another Southern story, the compelling Civil War-era drama The Whipping Man, has done a lovely job at Ford’s with her chamber-sized cast, emphasizing these small but vivid character studies and the tightly knit Atlanta society they inhabited. Set pieces – chairs and tables, massive 1960s-style automobile bench seats and a cemetery headstone, designed by Tony Cisek – all glide in and out of an otherwise bare stage, lending an airy
feeling to the production.

Miss Daisy cruises along at a leisurely pace, like a Sunday afternoon drive, when those were still fashionable. The play and this rendering, which comes on the heels of a 2010 Broadway revival featuring James Earl Jones and Vanessa Redgrave, feels like an old-fashioned paean to a bygone era, when traffic wasn’t too heavy, and a prickly old-fashion Jewish lady could open her heart. Sentimental? To be sure. That’s what Uhry intended and Nelson delivers on that premise with an easygoing ride down memory lane. 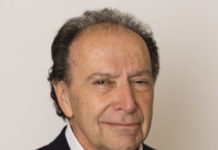 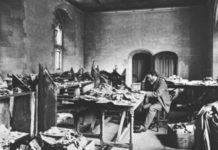