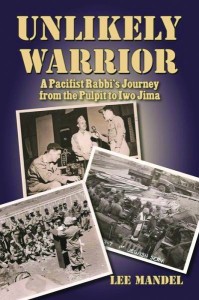 If people suffering from cognitive dissonance – a psychological condition in which their opinions and values clash with reality – tend to be uncomfortable with their inner conflict, Rabbi Roland Gittelsohn must have been mightily disturbed. The very committed and outspoken pacifist began to question his no-war ideology, although not publicly, when the Nazis chased the British out of Europe at Dunkirk in 1940, he wrote in later life. And some time after the Japanese attack on Pearl Harbor, which “had jolted the last of my uncomfortable pacifism,” Gittelsohn enlisted, becoming a Marine chaplain and taking part in the battle for Iwo Jima, the bloodiest in Marine history.

Nevertheless, as we shall see, he perversely blamed reality for the failure of pacifism at a time when fascist regimes almost conquered the world.

He was born in Cleveland in 1910, the son of a father who was a religious immigrant from Eastern Europe. His grandfather was Cleveland’s paramount rabbi after he immigrated in the 1890s, and he spoke no English, only Yiddish, until his death. After graduating from Western Reserve University, Gittelsohn was ordained at Hebrew Union College in Cincinnati.

As a teen, he came under the influence of the War Resisters League, a militant anti-war group.

“Roland Gittelsohn was a product of his times, but his early embracing of the causes of social justice and pacifism marked him as precocious in comparison to his age/peer group,” writes author Lee Mandel. “Throughout the 1920s and into the early 1930s, the student bodies on virtually every college campus in the United States were on the whole both conservative and apolitical.” What engaged the mostly middle- and upper-class kids were “football, fraternities and parties.”

But in the early 1930s, with the successes of fascism and the rising threat of war, students became more political, and many saw much to like in pacifism.

“Like virtually all of the young anti-war activists of the 1930s, Gittelsohn believed that the United States’ involvement in World War I in 1917 was motivated primarily by economic factors,” Mandel says.

Despite President Woodrow Wilson’s insistence that we entered the war to “make the world safe for democracy,” many students saw sinister capitalists, with their eyes focused entirely on their bottom line, as leading the country into that war.

In addition, another lesson learned was to be wary of government-generated propaganda in support of war.

Gittelsohn believed in “total pacifism,” not fighting under any circumstances, Mandel explains. He maintained those views throughout the 1920s and ’30s, even in the face of the rise of fascist, thug-like regimes in Japan, Italy and Germany. Of course, as a Jew, the Nazis in Germany were especially troubling and, although he expressed disdain for those governments, he steadfastly stuck to his pacifism.

And he often expounded on those ideas in sermons that he gave at Central Synagogue of Nassau County on Long Island, where he was the spiritual leader.

For example, Gittelsohn lambasted Neville Chamberlain for the Munich agreement, saying that the British prime minister betrayed the Czech people and their Prime Minister Eduard Benes “because Benes didn’t mean enough in dollars and cents to the financial overlords of England for whom Chamberlain is both a representative and a puppet.”

Even after the German annexation of Austria in 1938, Gittelsohn continued to oppose war and military preparation. He rejected the idea of fighting for democracy. In a sermon, he said: “The next war for democracy will kill democracy. Remember that! It will stifle it and strangle it and choke it! After the next war, democracy will be something to read about in books.”

As noted earlier, reality – in the form of Dunkirk and Pearl Harbor – assaulted and destroyed Gittelsohn’s citadel of pacifism, and he became a Marine chaplain.

At Iwo Jima, he witnessed the horrors of war, but also the bravery of American soldiers.

“In five weeks of intensive combat, through many hundreds of contacts with men who were badly hurt, the only men I ever heard cry were those telling of a buddy who had been killed before their eyes, or those who themselves had cracked mentally under a strain too great to bear,” Gittelsohn wrote in an unpublished memoir, “Pacifist to Padre/Pacifist in Uniform/Pacifist No More.” (His autobiography, Here Am I, Harnessed to Hope was published in 1988).

Gittelsohn’s sermon at the Jewish service at the dedication of the Fifth Marine Division Cemetery on Iwo Jima was so inspiring, lauding the courage of the soldiers who died there and the freedom for which they gave their lives, that it was excerpted in Time magazine and read on both NBC and CBS radio.

So, why did pacifism fail? Gittelsohn gave his answer in his unpublished memoir. “The cards were stacked against it [pacifism]. The cards were callous indifference in Manchuria, a winking of the eye in Ethiopia, outright deceit in Spain, and shameful appeasement of Berlin.… In a world where two and two made four, we could have succeeded. But not in the world of Munich.”

To me, pacifism was not the victim of Munich, as Gittelsohn thinks, but its cause. I prefer the Talmud’s take on defensive violence: “If someone comes to kill you, rise up and kill him first.”

Especially for a Jew, the 1930s and 1940s were not a good time to advocate pacifism. 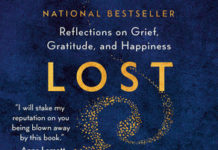