There are b’nai mitzvah with a theme and then there is Elijah Schulman’s bar mitzvah. This weekend, the Bethesda resident and his family will be in Selma, Ala., celebrating his coming of age in century-old Temple Mishkan Israel.

The family’s Bethesda community, Kehila Chadasha, has no permanent building, so bar mitzvah families typically hold a service in another area synagogue, JCC or church. Elijah decided to return to his roots instead. His immigrant ancestors settled in Selma and environs after leaving Russia around the turn of the last century.

“I remember when we were deciding where to have it, [Selma] was a natural choice,” says Elijah, who attends a magnet program at Takoma Park Middle School, “because there was so much family history there.”

Much of that history took place at Mishkan Israel, the town’s last surviving synagogue. Selma’s Jewish community reflects the decline of small-town Jewish populations, and Mishkan Israel now has a membership of nine.

But Ronnie Leet, the synagogue’s president, says the congregation is excited about hosting the bar mitzvah. “We’ll have 90-100 percent of our congregation there,” plus people who attend Mishkan Israel from outside Selma. “It’s a wonderful thing.”

Time has not been kind to the synagogue structure, a red-brick Romanesque Revival building built in 1899. The town’s Jews hope to repair it and find a buyer who will turn Mishkan Israel into a museum. But the price tag for a total overhaul is an estimated $4 million-$5 million. Replacing the roof alone could cost $1 million.

Undaunted by seven-figure numbers, Elijah decided last summer to raise $10,000 for the synagogue as his mitzvah project.

“We learned it wasn’t in such good shape. That’s when the idea was formed to raise money to fix it up,” he says.

He began his campaign with a presentation at the Kehila Chadasha Sunday school, which raised $500. A week before his bar mitzvah, Elijah says he has raised $5,500.

“It feels like a lot,” he says. “But compared to how much they need, it’s not that much. How I look at it is, even though it’s not nearly as much as they need, it still helps. They’ll probably be able to take care of some small things with the money.”

Elijah has been studying with a local tutor to learn his Torah portion and haftarah. To develop his d’var Torah (speech), he’s met regularly on Skype with an out-of-town rabbi. He calls Rabbi Marshal Klaven, who travels a circuit of southern synagogues and will officiate at Elijah’s bar mitzvah “a really cool guy.”

His Torah portion, Re’eh, has a meaty theme. “It’s basically talking about what you do when people leave Judaism,” Elijah says. “If the people of the village are convincing other people to leave Judaism, you have to kill everyone in the village. You have to burn down the village.”
He says he understands how God could be angry when people defect. “I can see where God’s coming from.”

But vengeance would only lead to lots of dead people and burned-down villages. “What I propose is, instead of killing them, you try to persuade them to come back by reminding them of all the stuff God has done.”

Elijah says the journey to his Selma bar mitzvah has made him feel more connected to Judaism.
“Before this I was Jewish and I went to Sunday school. But now I’ve learned about my roots. It seems more real to me.” 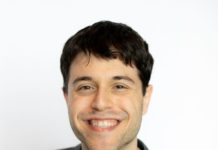