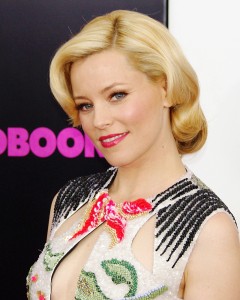 Fans of the popular 2012 musical comedy Pitch Perfect now have reason to keep on singing. Elizabeth Banks, who produced and co-starred in the original, has been tapped to direct a sequel to the college a cappella competition film. As Banks put it on Twitter, you better “Acabelieve it.”

Pitch Perfect 2 will mark the directorial debut for Banks, who most recently appeared in the 2013 blockbuster, The Hunger Games: Catching Fire. For those who don’t know, Pitch Perfect revolves around a college freshman, played by Anna Kendrick, who gets talked into joining the Bellas, a serious a cappella group she eventually leads to the finals. Kendrick and Rebel Wilson are likely to return for the sequel, and Banks, who played a competition commentator, will also return as a co-star and producer.

From Pitch Perfect came Kendrick’s Top 40 hit, “Cups,” which has since been covered by numerous a cappella groups, including The Maccabeats. – I.Z.