The Hebrew Union Veterans Association and The Shapell Roster, Part I 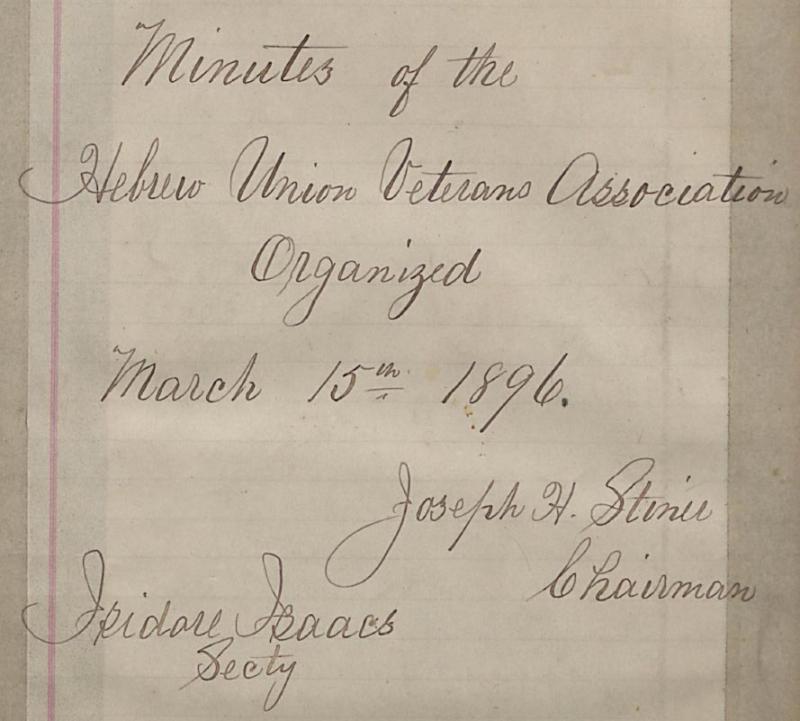 The National Museum of American Jewish Military History and the Shapell Manuscript Foundation invite you to join us as we explore the progenitor of the Jewish War Veterans of the U.S.A. – the Hebrew Union Veterans Association, in the context of the Shapell Roster of Jewish Service in the American Civil War. Register at https://us02web.zoom.us/webinar/register/WN_dzRt-ytlR8uelfTUh4vN0w.

We will discuss the origins of the organization, talk in detail about the lives of some of their members, and explain how the Shapell Roster research team has discovered the service history for several of the soldiers. Have your questions and comments ready for the Q&A at the end!

Chartered by an act of Congress in 1958, the National Museum of American Jewish Military History, under the auspices of the Jewish War Veterans of the U.S.A., documents and preserves the contributions of Jewish Americans to the peace and freedom of the United States, educates the public concerning the courage, heroism and sacrifices made by Jewish Americans who served in the armed forces, and works to combat anti-Semitism.

Since 2009, Shapell Manuscript Foundation researchers have unearthed a treasure trove of information on Union and Confederate Jews during the Civil War era, bringing to light a buried record of the Jewish-immigrant experience and American patriotism. The records include detailed military history, photographs, letters, newspaper clippings, diaries, and more. The body of research is amassed from hundreds of primary and secondary sources, along with contributions from descendants, historians, and genealogists. The result is the first-ever comprehensive data archive on this topic and, once released, will impact the scholarship on Jews in America in the 19th Century.