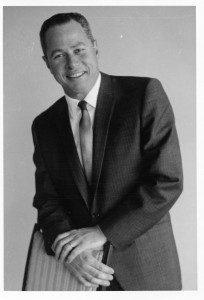 On Dec. 11, Herschel Blumberg, 89, of Chevy Chase, passed away following a long-term illness. Blumberg, a prominent figure in the local and national Jewish community, was described by the Jewish Federations of North America in a press release as “a pioneer of Jewish Federations and the Conservative movement.”

A JFNA Board of Trustees member, Blumberg served as national campaign chair of United Jewish Appeal (UJA) from 1981-1982, where he also served as honorary national chair and president. He was the president of CLAL: The National Jewish Center for Learning and Leadership and the Conservative movement’s Masorti Foundation, and a member of the UJA Young Leadership Cabinet and Cabinet Alumni.

As UJA chair, he led a campaign to connect more Jews to national leadership, to increase major gifts and to connect synagogues to Federations by initiating UJA Shabbat.

“He was a very quiet giant, a pillar” of the community said Diane “Dede” S. Feinberg, the chair of the JFNA executive committee, in the release. “He was consistent in his belief of Clal Yisrael, and that Israel is at the heart of who we are and what we do.”

In the local Jewish community, he was a former president of both the Jewish Federation of Greater Washington and B’nai Israel Congregation in Rockville.

Blumberg supported the Israel Education Fund, and he and the late Neil Norry of Rochester, N.Y., founded Kibbutz Hannaton, the first and only Masorti kibbutz in Israel. He and his brother Marvin Blumberg also founded Bancroft Construction, a construction management and building service in the Greater Washington area that was responsible for the construction of areas like the New Town Center in Hyattsville.

“Herschel was a person who spanned many realms of the Jewish world — synagogues, federations and the Conservative movement,” said Rabbi Jonathan Schnitzer, B’nai Israel’s senior rabbi, in a JFNA press release. “[He] always had a very, very strong passion for the Jewish people, for Israel, and for synagogue life, and he acted those values very vigorously.”

Blumberg and his wife Goldene, who passed away in 2006, were in charge of numerous Federation missions that inspired other Federation leaders to build Jewish life in local, national and Israeli communities.

“Herschel Blumberg was really a giant of the Jewish world,” said Michael Gelman, former JFNA executive committee chair and member of the ownership of Washington Jewish Week. “As far as I’m concerned, he was one of the strongest advocates for Israel I’ve ever known. He was totally dedicated. He just had a real firm belief in community and Jewish people.”

Holocaust survivor and U.S. Holocaust Memorial Museum volunteer Herman Taube, who first met Blumberg in 1968 at a UJA meeting at Agudath Achim Congregation, described his good friend as a “community leader admired and respected by us all, who were privileged to know him.”

In an email to WJW, Taube recalled telling Blumberg he was from Poland, to which he responded with a back-clapping hug: “Thank God that you survived and came to America.”

After joining the UJA staff in 1970, Taube and Blumberg went on missions to Israel and Romania, and also visited Auschwitz and Poland. At parlor meetings and bus travels, Taube wrote that they always shared ideas about Israel and the community. The two remained friends for years despite going separate ways career-wise, and Taube wrote the two would meet occasionally at community meetings and B’nai Israel services.

The last time Taube saw Blumberg was two years ago, when they were both patients at Suburban Hospital. “We spent a good time sharing memories,” he wrote. When Taube was discharged, he says Blumberg told him: “Thank you for the books you donated for my library in Israel. I mailed them.” After Blumberg’s funeral, Taube wrote, “Leich Beshalom my friend.”

In a JFNA interview more than 10 years ago, Blumberg had this to say about Jewish people and the importance of Israel: “It is the duty of leadership to maintain the high standards of peoplehood that have preserved us to this day. Israel is the homeland of the Jewish people; its people are our family; they need our support. I am very concerned with any indifference to the diminution of financial support for Israel and the failure to recognize that its citizens’ needs continue to justify our wholehearted involvement. To do less is to deny our earnest past protestations whenever Israel suffered for want of individual and community support. To do more is to affirm our recognition of the centrality of Israel and Jerusalem throughout the long life of the Jewish people; that its well-being has energized Jews in every century and on every continent to do what is required of them to preserve our People and its Land.”

Funeral services were held at B’nai Israel Congregation on Dec. 13. Memorial contributions may be sent to the Masorti Foundation in New York, N.Y., the Stronghold Foundation Supporting Sugarloaf Mountain in Dickerson, or the charity of your choice.