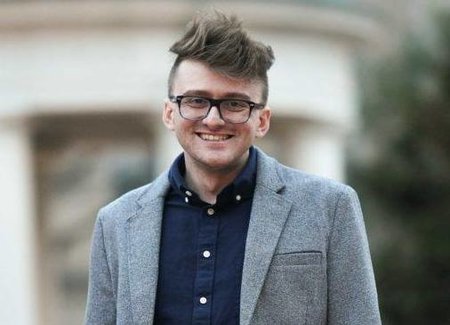 George Washington University graduate student Brady Forrest, who was accused last month of anti-Semitism, has been removed from his position as senate pro-tempore of the GW Student Association — the university’s student government.

The student senate, the legislative arm of the student government, voted just after midnight Tuesday morning to remove Forrest from his leadership role, according to the student newspaper the GW Hatchet.

According to the Hatchet, student senator Andrew Lama indicated that the vote was largely a ceremonial gesture because Forrest had said he would not be coming back to the senate, having lost in last month’s student elections.

GW’s Jewish community became incensed last month when they learned of a 2014 Facebook post in which Forrest stated that he would be boycotting a multicultural dance due to the involvement of GW Hillel and the Jewish Student Association, which support Israel. Forrest had been running for the position of executive vice president, which oversees the student senate. In the post, he had called Zionism “a form of hyper nationalism” and referred to Israel as an “ethnotheocratic apartheid state.”

“By asserting that a religious organization should be excluded organizations from events on this campus because of political beliefs that some our members might have, is an attack on our entire multicultural and interfaith community,” said junior Yonah Bromberg Gaber, an officer in JSA.

Forrest responded to the Hatchet by criticizing the senate’s decision to ignore a bylaw that requires the body to introduce a motion to remove an officer one meeting before a vote is taken.

“It’s disappointing that the bylaws were either suspended or disregarded to continue a campaign against me rooted in dubious accusations,” he wrote in a text message. “The process exists so that proper and deliberative decisions to represent the student body can be made, and when that process is disregarded, then there isn’t any basis besides a few people’s opinions.”