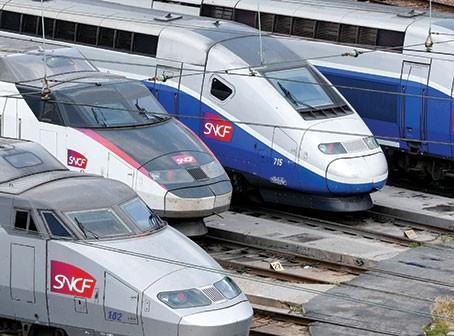 After years of debate and numerous lawsuits, French officials announced late last week that the country has agreed to establish a $60 million fund that will be used to compensate thousands of Holocaust victims and their families.

As part of the country’s agreement, the United States will curb lawsuits and claims against France.
“We welcome the conclusion of an agreement between France and the United States to establish a compensation fund for the Holocaust victims who were deported from France and who have not been able to access the French compensation scheme,” said French Embassy spokesman Arnaud Guillois. “This agreement highlights our joint determination to bring closure to the situation whereby certain foreign victims were not covered by the existing compensation scheme in France within a coordinated and bilateral framework.”

The agreement, which was signed Dec. 8 and still must be approved by the French parliament, follows in the wake of numerous attempts by state legislatures – including Maryland’s General Assembly – to withhold rail contracts from SNCF, France’s national rail company, over the company’s involvement in transporting thousands of Jews to Nazi concentration camps. Maryland passed a bill in 2011 that required all bidders for MARC contracts to disclose any involvement in deportations. A 2014 bill demanding SNCF pay reparations before it would be considered for rail contracts in the state did not make it out of committee.

SNCF-affiliate Keolis was one of several companies to bid on the Purple Line project connecting Washington, D.C., suburbs across Montgomery and Prince George’s counties.

“I think the agreement is mostly a symbolic acknowledgement of the French rail company’s responsibility and involvement and activities and guilt in the transportation of over 75,000 people – mostly Jewish – to their death in World War II,” said Ron Halber, executive director of the Jewish Community Relations Council of Greater Washington. “Seventy years seems like quite a long period of time to delay and to not accept responsibility, but in the end I think justice was done.”

The effort to force France to settle outstanding claims for reparations was championed in Baltimore by the late Leo Bretholz, a Holocaust survivor who passed away earlier this year.

The American Jewish community, Halber said, effectively “held a sword over [the French government’s] head” by backing legislation that would have withheld American rail contracts until reparations were paid. That, in addition to France’s desire to put the issue behind them, he said, largely contributed to the decision.

“I know they’ve spent a lot of money, they’ve contributed money to Holocaust memorials and that kind of thing … but the bottom line is that I want to hear their responsibility, their acknowledgement that ‘we are guilty,’ and I think that’s what that $60 million by the French government on behalf of SNCF says.”

Halber and Arthur Abramson, executive director of Baltimore’s Jewish Council, praised the Obama administration for its role in reaching a solution to the longstanding issue of reparations. Both organizations had been involved in efforts to block SNCF business in Maryland in the past.

Abramson said he is happy the French government will establish the fund, but he is cautiously optimistic about the future of SNCF in Maryland.

“I’m glad they reached a settlement but now the next step is for payments to be made and people to be comfortable with what occurred,” said Abramson. “Time will tell.”

According to the agreement, disbursement of funds will be handled by the United States. Three categories of people may apply for the reparations. Survivors who were deported from France and now live in another country, whom French officials estimate will receive an average of more than $100,000. The second category includes spouses of those deported from France who are now citizens of another country. These claimants could receive a payment amounting to tens of thousands of dollars.

The estates of survivors or their spouses who were citizens of another country and died after World War II could also receive compensation. The amount of money the estates could receive is dependent on the year in which the survivor or the spouse died.

Del. Sandy Rosenberg (D-District 41), who was active in efforts to hold SNCF accountable, said he was pleased with the agreement, though he acknowledged that some of victims fall outside the tent of qualification.

The Maryland legislature’s efforts to force SNCF to take responsibility for its actions before being able to do business in Maryland, Rosenberg said, played a role in this agreement.

“Speaking generally, there are instances when you introduce … legislation to bring people to the table,” said Rosenberg. “Having a bill hearing and a public discussion of the issue … is a way to get both parties to the table, in particular to give leverage to the little guy and gal who is seeking a benefit and hasn’t been able to win it in the court system.”

David Holzel contributed to this report.
Heather Norris is a staff reporter for WJW’s sister publication, the Baltimore Jewish Times.

In an era of war, Ukrainian refugee kids get a summer break thanks to Jewish charity