What do the release of Jacob Ostreicher, a presidential handshake with the leader of Cuba and diplomatic talks to eliminate Iran’s nuclear weapons program all have in common?

They are all factors that may bode well for the fate of Americans held hostages in other countries, including Alan Gross in Cuba and Robert Levinson in Iran.

While each case is different and should be handled individually, former Gov. Bill Richardson of New Mexico, who is known for his efforts to free American hostages, believes combining world events with “private and public pressure and government pressure often succeeds” in convincing a foreign government to let American captives go free.

Ostreicher, the haredi Orthodox father of five who had been held against his will in Bolivia for more than two years, returned to America last month. In that case, the U.S. government worked behind the scenes, congressional hearings were held, the New York Orthodox community exerted pressure and actor Sean Penn used his contacts to create a situation in which Ostreicher was able to flee his house arrest.

“In the case of Jacob Ostreicher, the government did do a lot,” Richardson said. He also credited “very positive Jewish community pressure.”

Rep. Chris Smith (R-N.J.) used his position as senior member of the House Foreign Affairs Committee to hold several hearings on behalf of Ostreicher, including one in which Penn testified. Penn’s presence piqued the interest of numerous news organizations, thereby sharing Ostreicher’s fate with many who probably had never heard of him.

“I am overjoyed — and relieved — that Jacob is back in the United States after his unjust, grueling imprisonment in Bolivia. Jacob’s case is a stark reminder of other Americans cruelly held captive, like Alan Gross in Cuba, Bob Levinson in Iran and Warren Weinstein kidnapped in Pakistan, and their heartbroken families waiting back home. We have to be persistent, and always place them at the top of our diplomatic priorities,” Smith said.

“Last month, at a hearing I chaired of the global human rights subcommittee, members of Congress focused on Americans held hostage overseas. Congress and the administration must keep working in every possible bilateral and multilateral venue to bring these Americans home — and never let these cases grow cold or forgotten,” he added.

Richardson agreed with the importance of keeping a hostage’s name in the news, both locally and in the country he is being held.

“I think what works is effective public pressure, raising the profile, quiet diplomacy within the government, stoking pressure points” and vocal support by whatever particular community group happens to be involved, Richardson said, noting that in the cases of Ostreicher, Gross and Levinson, the Jewish community has played a major role.

He pointed to Gross, a subcontractor for the state department on a mission to hook up Cuba’s small Jewish community to the Internet who was arrested in December 2009 as he was leaving Cuba and has been serving a 15-year sentence for “crimes against the state” ever since.

The simple yet very controversial handshake between President Obama and Cuban leader Raul Castro while both men were attending the funeral of Nelson Mandela of South Africa raises hope for Gross’ future. That handshake “sends a message to bureaucrats” in both countries, Richardson said. “I think there is some movement, slight optimism, that’s what I found with the handshake.”

Richardson believes “Gross is the key to United States and Cuba improving relations.” The United States has made it clear that releasing the Potomac man would go far in showing America that Cuba can be part of the world community, he added.

On Tuesday while meeting with Archbishop Pietro Parlin, secretary of state at the Vatican, U.S. Secretary of State John Kerry brought up the matter of Gross. In remarks after that meeting, Kerry noted “we hope very much” that the Vatican might help in obtaining Gross’ release.

Meanwhile, the Cuban government is pushing for the release of five Cuban spies currently held in prison or on probation in the United States in exchange for Gross’s freedom, Richardson has high praise for the weekly Monday vigils held outside the Cuban Interest Section in D.C., attended by the Maryland Jewish community and spearheaded by the Jewish Community Relations Council of Greater Washington. “It’s good. It keeps it in the news. It keeps the Obama administration aware,“ he said.

Richard Shore, Gross’ attorney echoed that sentiment. “We think it’s important for the administration to understand that there is wide and deep interest” in Gross’ fate.

Gross, who has not been able to leave Cuba in more than four years, needs the Obama administration to talk with the Cuban government, Shore said. “We are not attempting to set the terms of the debates other than he needs to be released,” he said.

When asked why talks aren’t being held, Shore responded, “We don’t know. That’s a question for the administration.”
Ron Halber, JCRC executive director, also believes Ostreicher’s freedom will have little if any effect on Gross’ possible release. “I don’t think one is related to the other. Alan is being held as a political prisoner. He is a casualty in the dysfunctional relationship” between this country and Cuba. “The reality is until the White House shows the political courage to make a deal to bring Alan home, Alan will sit there” Halber said.

Besides the vigils, Richardson said that Gross’ wife, Judy, is a positive factor. “She’s been sort of the point person, but she’s done it in a very dignified way” through humanitarian appeals rather than political ones.
Robert Levinson is another American being held against his will. The private detective and former FBI agent from Coral Springs, Fla., disappeared while in Iran in March 2007 while apparently researching a case. He is the father of seven children.

Richardson believes there will be a new push to free Levinson now that the Iranians are slated to be sitting at the diplomatic table beginning next week regarding talks on their nuclear program. When American diplomats are at those talks, Richardson predicted they would bring up Levinson’s name. He expects the American government to let Iran know that the release of Levinson would improve its standing in the world.

But in the case of Warren Weinstein of Rockville, who has been held by al-Qaida since August 2011, there is no one with which to negotiate. The 72-year-old former Peace Corps and USAID official was kidnapped by that terrorist group when he was about to leave Pakistan. He was in that country working for a private company.

“We are talking to Iran. We are not talking to al-Qaida. That’s where you need an out-of-the-box solution,” Richardson said.

According to published reports, al-Qaida has demanded a halt to airstrikes in Pakistan, Afghanistan, Somalia and Yemen and the release of al-Qaida and Taliban members held in U.S. custody before it will allow Weinstein to go free.
Still, last month’s release of a video, in which Weinstein is shown pleading with Obama to secure his release, should be seen as a positive sign.

U.S. Rep. John Delaney, the Maryland Democrat who represents Weinstein’s hometown, sent a letter to Secretary of State John Kerry following the release of that video. In his letter, Delaney wrote that while he understands and respects the U.S. government’s policy not to negotiate with terrorists, “I encourage you, in the strongest sense possible, to do everything you can to work with Pakistan and our global partners to secure Warren’s release and bring him home to his family. Doing nothing is simply not an option.”

In a telephone interview, Delaney called the video “confirmation he was alive. That was obviously a big deal.”
Therefore, he said, America needs to “refocus its efforts” and come up with a strategy to raise awareness. “You really don’t know what works” so it is best to try several things, Delaney said. “You layer in as many things as you can,” he said, calling for the need to pressure the government and raise Weinstein’s profile both locally and abroad.
When a hostage is freed, “you never really learn what was the final straw,” Delaney noted.

One tactic Richardson discredits is the trip by former basketball star Dennis Rodman, who recently returned from North Korea where he sang “Happy Birthday” to its leader Kim Jong Un and showed no support for American Kenneth Bae, who is serving a 15-year sentence on grounds that he planned to bring down the North Korean government through religious activities.

“I think he’s inconsequential,” Richardson said. “I think Rodman was used and became a sideshow. Has he done damage? I don’t think so.”

Richardson, a Democrat, gave the Obama administration a positive grade for its overall efforts trying to free American hostages. ”They have been good. They prefer to do this very quietly.” 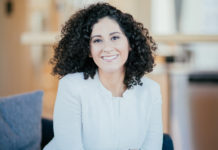