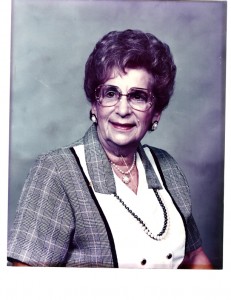 Freidel Frank, widow of Murray Frank, was a long-time leader together with her husband in the Washington Jewish community. She was considered an expert in the Yiddish language and was a frequent lecturer on Jewish topics in both Yiddish and English. She passed away on Jan. 8.

Born in 1913 in New York, N.Y., Frank was a featured artist in the Yiddish Theater, and had a solo performance at Carnegie Hall. She graduated from the Jewish Teachers’
Seminary, and moved to Washington, D.C., with her husband in 1935. After her three children were born, she served as administrative assistant to the director of the Hebraic Section of the Library of Congress. In the early 50s, she began her teaching career. She was the principal and teacher at the Chaim Weizmann Yiddish/Hebrew School, the only school teaching both Jewish languages in the Washington area. It grew to a staff of 10 teachers and an enrollment of 150 students. She was with the school for 25 years.

During the same period, Frank was also a substitute teacher for the D.C. public schools. She began teaching elementary grades, but soon moved to middle and high school grades. She taught every class in the curriculum, frequently for as long as an entire semester, but concentrated on English, math and office preparation. She retired after teaching for 27 years.

Throughout her life in Washington, Frank was very involved in the Jewish community. For 66 years, she was a member of Na’amat (formerly known as Pioneer Women), a service organization founded by former president of Israel, Golda Meir. She served as president of its Council of Greater Washington for six years and for eight years as a member of its national board. In addition, she chaired city-wide luncheons for the Jewish National Fund, and served on the Speakers Bureau for the United Jewish Appeal and the Jewish Community Council.

In 1983, Frank moved to West Palm Beach, Fla., where she became active in her synagogue and helped expand Na’amat in the Southeast area. She also taught adult Yiddish classes. She remained in Florida until seven-and-a-half years ago, when she moved back to the Washington area. Mrs. Frank is survived by her three children: Paul Frank of Alexandria, David Frank of Silver Spring and Judi Koldaro of Rockville. She is also survived by her nine grandchildren and 11 great-grandchildren.