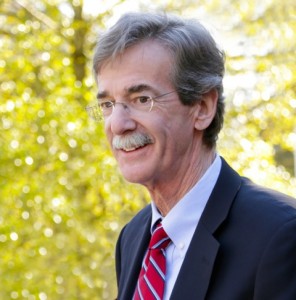 Most of us first hear “Justice, justice you shall pursue” in the book of Deuteronomy. No words better capture the work I have strived to do as a legislator in the Maryland General Assembly or the legacy I hope to leave as your next attorney general.

As a child, I watched my father stand up to Joe McCarthy and defend government employees during the Red Scare. I saw him fight to end racial discrimination as a member of the Montgomery County Council. I learned from him the importance of fighting for justice for everyone, especially those who have nowhere to turn for protection. It ignited my lifelong passion for justice rooted in values of tikkun olam (repairing the world).

I have spent the past 20 years in the Maryland Senate fighting for justice and working to make Maryland safer. I led the fight to pass the landmark legislation that bans assault weapons and keeps guns out of the hands of criminals; the law that increases protections for victims of domestic violence; laws that protect children from abuse; and laws that protect the Chesapeake Bay and our precious natural resources.

I plan to continue this work as attorney general, focusing on justice for every Marylander in every corner of our state. I will enforce Maryland’s common-sense gun law and defend it all the way to the Supreme Court if necessary because it makes communities safer. I will do all I can to make sure that Marylanders are safe at home, at school and online. That is why the
Maryland Fraternal Order of Police has endorsed me.

I will stand up for consumers and working families. That is why the AFL-CIO has endorsed me.

I will work hard to ensure that every child in our state gets a quality education. That is why the Maryland State Education Association has endorsed me.

I will protect the rights of women to make their own health care decisions. That is why the National Organization for Women has endorsed me.

And I will use the full force of the office to make sure that every man, woman and child in our state has clean air to breathe and clean water to drink. That is why the Maryland Sierra Club and the Maryland League of Conservation Voters have endorsed me.

As a native of Montgomery County and member of the General Assembly since 1986, I am deeply proud of our longtime partnership together. I grew up in Bethesda, graduated from Walter Johnson High School and raised my family in Montgomery County. We belong to Adat Shalom Reconstructionist Congregation. I have served on the boards of directors of the Jewish Community Center and the Hebrew Home of Greater Washington, and have partnered in the General Assembly with the Jewish Community Relations Council and the Baltimore Jewish Council on projects and policy and have won support for the communal institutions of the Jewish community, career services, educational programs, in-home support, nursing care and volunteer assistance. I am eager to continue our close collaboration in the future.

I first heard the term “justice, justice you shall pursue” at a young age in synagogue. I was educated on its importance watching my father at work in the 1950s. And I have spent my entire career working to fulfill it as a citizen, father, legislator, attorney and candidate.

I am eager to continue the pursuit of justice as your attorney general, putting the law on the side of the people to protect every Maryland family. I hope to earn your vote on Election Day, Nov. 4.

Brian Frosh is the Democratic candidate for attorney general. He is currently a state senator (D-Montgomery) and chairman of the Senate Judicial Proceedings Committee in the Maryland General Assembly.

The fall of the Israeli government and the upcoming election