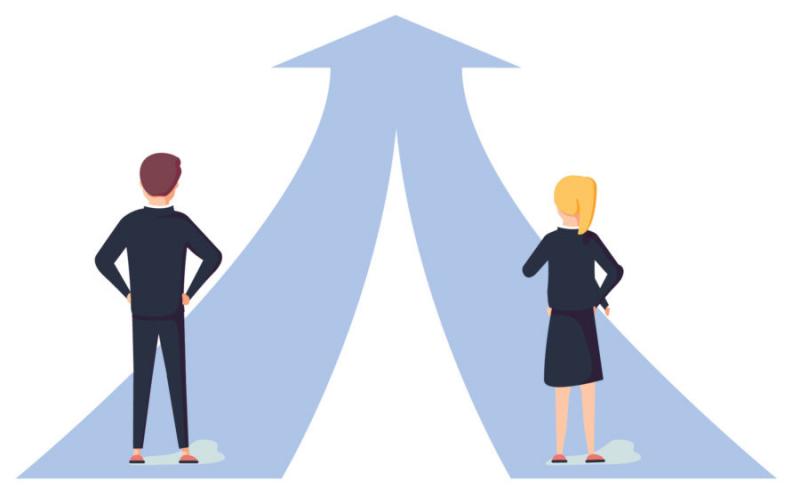 The #MeToo movement still hasn’t been fully embraced by the Jewish community, the founder of an organization to ensure that safe, respectful and equitable workplaces and communal spaces become universal in Jewish life told a Rockville audience.

“There’s been a prevailing myth that there’s no issue in the Jewish community, like there’s nothing going on in our institutions. It is not true,” said Lisa Eisen, of the Safety Respect Equity Coalition. “And we are not immune from all the same power dynamics, inequities [and] bad behavior that happened in every other sector.”

Eisen, who is also president of the Charles and Lynn Schusterman Family Foundation’s U.S. Jewish Portfolio, said that Jewish institutions need to recognize that inequality still exists in their organizations. And that’s only the first step organizations need to take.

A study by her Safety Respect and Equity Coalition found that women working in Jewish organizations have fewer chances to advance than their male colleagues, and that efforts to help women often backfire.

When women step forward with stories of harassment, leaders, including rabbis, “were often passive to complaints…or did nothing in response,” and they felt they had their “complaints ignored, minimized or laughed at,” Eisen said.

She spoke to an audience of 30 at Charles E. Smith Jewish Day School on Nov. 18. And while many women share their situation with each other and offer advice for how to deal with harassment, there are still women who haven’t faced the issue, Eisen said.

Women cannot solve the problem alone, she said. It requires the involvement of men.

“We cannot make structural change in the Jewish community or in this world without men as our partners and allies.”

The Safety Respect Equity Coalition survey found that 70 percent of employees in the Jewish nonprofit sector identify as female, but women are only 30 percent of the CEOs.

Because men hold the majority of leadership positions in Jewish institutions, they are necessary to any solution to the problem of sexual- and gender-based harassment.

Even if it makes men uncomfortable.

“I think it’s uncomfortable for many men to talk about this because there are so many gray areas,” Eisen said.

She said she’s found that many men now feel unsafe to be alone in a room with women colleagues or socialize with them outside of work, because they do not want to be accused of sexual harassment.

“I think we just have to have the conversations,” she said.

Eisen, whose children attended Charles E. Smith Jewish Day School, said those conversations need to start when children are young. She said the school has changed in recent years.“When [my kids] were here, people weren’t talking about these issues. I also think some of the language used especially between the teens wouldn’t be acceptable today — some of the gender bias, some of the innuendo that was just part of the culture. I don’t think there was enough education and training that went on about these issues.”

Randi Braun, founder of Something Major, an organization that provides women with job training, said she was glad the issue of harassment was being aired.

“I don’t think there’s an issue that’s more universal or more topical than the experience women are having every day in the workplace,” she said. “And it’s incredible and urgent that we talk about it in a Jewish capacity. That’s important because that’s the first step to naming a problem and architecting the right solution.”

Conditions in the Jewish workplace

The Safety Respect and Equity Coalition’s report on “Jewish Workplaces and Communal Space” was released in August.

• Survivors believe that there is a lack of safety and respect across Jewish workplaces and communal spaces. They report an absence of both physical and psychological safety and respect, which manifests in a range of harassing and abusive behaviors, from sexist name-calling and jokes with innuendo to sexual assault and rape.

• Most survivors are women and most perpetrators are men. Victimization happens across power levels and is perpetrated by individuals of varying roles within the Jewish community.

• Numerous risk factors to victimization and discrimination are at play including power imbalances, the structure of Jewish institutions, and Jewish views and treatments of gender.

• There is a strong fear of reporting among victims, driven by personal factors (e.g., feelings of fear, shock, shame and self-blame) as well as external issues (e.g., lack of knowledge about or access to legal, financial or organizational resources.