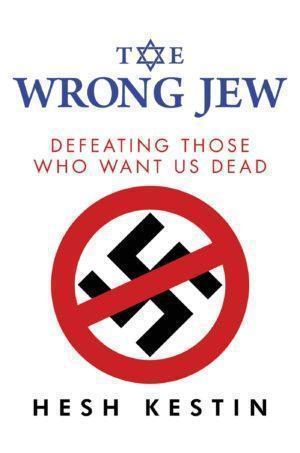 When he was in the seventh grade, author Hesh Kestin lived in a tough neighborhood in Brooklyn. To make some money, he delivered The New York Times to teachers and administrative staff at a junior high school. Once a week, he carried $70 in cash to give to The Times’ representative. To get to the school from home, he had to cross a footbridge.

One day, a group of older teens met him on the bridge and took the money. He knew he either had to learn to protect himself and the money or give up the job, for robbing him would become a recurring story.

The following week, he fashioned two Molotov cocktails from Coke bottles brimming with lighter fluid and filled two water guns with that flammable liquid. When the boys came to rob him, he threw the bottles, which exploded into flames near and on the thieves. He then used the guns to spray them and their vicinity.

The boys never bothered him again.

No, Kestin — who was my editor at Newsview magazine in Tel Aviv nearly 40 years ago — is not suggesting that we all make Molotov cocktails for defense. But he would recommend that his aggressive defense style be a model for individual American Jews and the community on the road to transforming ourselves into “the wrong Jews” for anti-Semites to mess with.

Our enemies come in different colors and from different ethnic groups. While anti-Semites come from both sides of the political spectrum, the real danger to the Jewish community at the present time comes from white supremacists, he writes. Inspired by the unrestricted rantings proliferating on the internet, some are ready to up their game, to go from hateful rhetoric to murder. Others already have made that journey.

The state of Jewish defenses against anti-Semitic violence ranges from inadequate to nonexistent. With this book, Kestin hopes to begin to move from Jewish vulnerability to strength.

Some of his ideas are not very controversial. He proposes a modest tax ($10 per family per year) on the Jewish community. One of the main recipients of the money raised would be Jewish education. “Whether Orthodox, Conservative, Reform or secular, a Jewish education is the most basic requirement for our survival in an increasingly hostile world,” the author writes.

He calls for uniting with America’s other minorities. How can we not come together to fight a common enemy — racists? “Surely Jews and blacks, along with a growing American minority of Latinos and other slices of the demographic pie,” he writes, “ought to be able to pool our strengths for the common good.”

Free-speech enthusiasts will be cool to his idea of lobbying Congress to outlaw the swastika. Kestin writes, “What other meaning do these symbols have other than ‘Kill the Jews?’ This is not a free speech issue. Quite the opposite. It is an incitement … to murder. Such incitement is illegal in other countries — why is it countenanced here?”

But his most controversial recommendation, which is sure to rile the fanatically anti-gun members of the community, is his admonition to arm ourselves. Stationing a guard at the synagogue door is an expensive and futile gesture — attackers would kill him at the start of their assault, he says. Shul-goers need to pack a pistol, Kestin insists.

He disdains the Jewish establishment. Its leaders are “limousine Hebrews … [who] are reluctant to get their hands dirty.” He wants his program implemented by the Jewish grass roots.

I’m skeptical. From my observations, leaderless groups accomplish nothing. There are potential leaders outside the Jewish establishment — industrialists, businessmen, academics, lawyers, journalists — but they are far less interested in the Jewish community than were their parents and grandparents.

But the real impediment to getting his ideas implemented is Kestin’s writing style. He refuses to — or is incapable of — writing in boring academese, the medium in which such programs are almost always presented for public appraisal and taken seriously.

Instead, like his novels (“The Iron Will of Shoeshine Cats,” “The Siege of Tel Aviv”) or the articles he wrote for Forbes and elsewhere, his prose in “The Wrong Jew” is bright and compelling. The book is full of illustrative and amusing anecdotes and stories. No scholarly tome this.

So, my recommendation to readers is to enjoy the book, which you will, but take its message to heart. Our very survival may be at stake.

Aaron Leibel’s memoir, “Figs and Alligators: An American Immigrant’s Life in Israel in the 1970s and 1980s,” will be published in March.