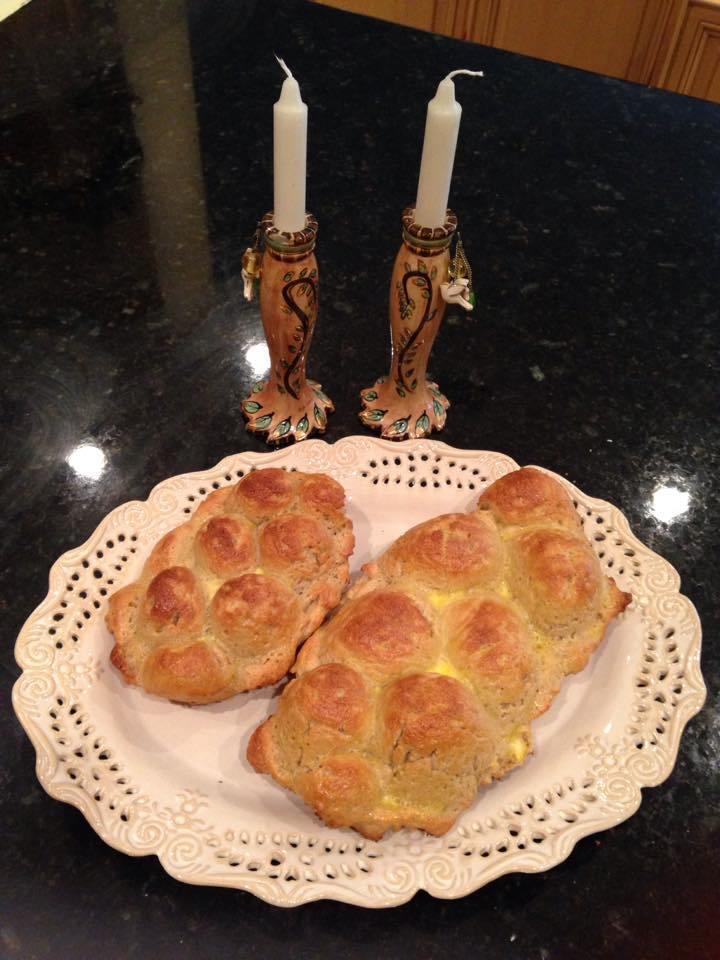 A crumb. That’s all it takes for Lisa Goldman’s daughter, Alexandra, or her husband, David, to start feeling some of the side effects that come with inadvertently eating products containing gluten — primarily flour or wheat — as both were diagnosed with celiac disease.

That’s how careful she and others suffering from the disease, which can result in anything from an upset stomach to headaches, have to be in monitoring everything they put into their mouths. Even then, they still might not be safe.

That’s why she calls herself the Gluten-Free Jewish Momma. She bakes a special Rosh Hashanah challah and Jewish apple cake for her daughter and husband and makes sure everything on the table is properly labeled, since she and her son, Andrew, can still eat whatever they please.

“I had to change everything,” said Goldman, who grew up in Yardley, Pa., where her parents still live, but now lives in Lake Mary, Fla., near Orlando. “I completely redesigned my kitchen to accommodate my family.

“My daughter felt better almost immediately, and I became an advocate on social media to help others so overwhelmed with having to create new lifestyles. I write a blog, and I have a passion to spread awareness because I never want anybody to go through something like what we went through.”

Alex was diagnosed with celiac disease because doctors started conducting follow-up tests after she was diagnosed with something far more rare and devastating: Behçet’s disease, an inflammation in the blood vessels that attacks the auto-immune system and wreaks havoc throughout the body.

She spent a couple of months confined to a bed in Gainesville’s Shands Hospital in the summer of July 2012 while doctors tried to figure out the problem.

“She really was very sick and almost not able to walk,” explained Goldman, who spent most of that summer in a nearby hotel, while her husband, an emergency room doctor, stayed in Alex’s room. “The auto-immune world is a very scary world.

“Her whole childhood we’d been concerned about her belly aches, but we always thought she was lactose intolerant. We were giving her Lactaid pills like candy.

“As a mother, you always have a feeling something is not quite right. We thought it was something in the genes. Little did we know it was a health issue.”

This part of the story does have a happy ending.

Alex gained back her strength and the weight she lost. She has been able to live the normal life of a 17-year-old high school senior and is now considering her college options.

But the episode had a huge impact on her mother, who’s made it her mission not only to protect those in her own family, but anyone else who suffers from celiac. The fact that four out of five people who have it don’t even know they do adds to the job.

And while eating gluten-free may be the cool thing to do in some places, there’s nothing cool about it for Goldman — only a lot of hard work and determination.

“When you go to a restaurant, you have to grill the server,” said Goldman, who used to work in the apparel industry in New York before she and her husband — who met while attending the University of Delaware — moved to Florida. “You have to know what questions to ask and be careful not to have cross contamination.
“You can have corn, rice and potatoes. You can’t have bread or anything with wheat.”

The exception is if, like Goldman, you bake your own with specific ingredients that are getting easier to find in the stores.

“In the beginning, it was more frustrating than now,” said Goldman, who bought a bread maker and shops meticulously. “The key to making it work is finding the right ingredients and the right recipes because challah or bagels are just as delicious gluten-free as when there’s wheat in them. It’s amazing in the four years we’ve been evolving with this diet and lifestyle how quickly both restaurants and the food industry have come. When Alex was first diagnosed, people were clueless.

“Now, by law, all food products must list the allergens they have. Gluten is a binder. It holds things together in cakes and bread. But it’s also in soy sauce and things like Twizzlers.”

So when it comes time for Rosh Hashanah next week the Gluten-Free Jewish Momma will be ready. She’s prepared for every Jewish holiday.

“I’ve learned to create a traditional Jewish meal for every holiday, so my family can enjoy traditional Jewish food,” she revealed. “The holidays are a time when you’re in prayer and remembering loved ones. Why have an added distress or feel excluded? I make sure everything’s labeled on the table.”

That’s because it doesn’t take much to cause her daughter’s stomach to start acting up or for her husband to get a headache.

“It can be a crumb,” said Goldman, who’ll break the fast following Yom Kippur, with one table gluten-free and the other regular. “She’ll be out somewhere and come home doubled over with a stomachache because maybe there was something in the sauce. It doesn’t happen very often, but you have to be so careful.

“And her friends are so supportive. The kids bring in separate cookies for her. And all our Jewish friends in the community have been supportive. Alex has a goal to continue through college and go into the health industry. I want to continue my advocacy.”

½ cup of another gluten-free flour, such as rice or coconut flour

Place the yeast and honey in a large mixing bowl. Add the water and whisk until the yeast is dissolved. Mix in the eggs, oil and vinegar. Add both flours, salt and xanthan gum.
Mix well.

Add the raisins, if you’re using them, for a sweet new year.

Cover with a towel, and let the dough rise for two hours.

Remove the challah from the oven and place it on a cooling rack for an hour before slicing. n

Jon Marks is a staff writer at the Jewish Exponent in Philadelphia. 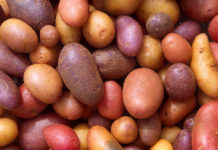