Descendants of Jewish art dealers have sued the German government, claiming their relatives were pressured into selling medieval religious treasures, many of which were then given to Adolf Hitler as  surprise gifts.

According to the allegations in the 71-page civil suit that was filed Feb. 24 in U.S. District Court for the District of Columbia against Germany’s government and the Prussian Cultural Heritage Foundation, the owners of a consortium of three art dealer firms sold 42 pieces of art worth $250 million in June of 1935 “via a manipulated sham transaction” that was “spearheaded by Dresden Bank, which was acting on behalf and by order of the two most notorious Nazi leaders and war criminals,” Hermann Goering and Hitler.

The “coerced sale” included a payment of less than 35 percent of the value. That payment was then subjected to flight taxes that were demanded so the Jewish dealers could flee Germany, the lawsuit states.

The works of art consist of medieval and reliquary – devotional objects designed to hold a physical piece of a saint or an important figure – pieces from the 11th to the 15th centuries, said Nicholas O’Donnell of Sullivan & Worcester, lead attorney. The items, known collectively as the Guelph Treasure, “are made of gold and precious stone and silver workings. It is quite spectacular,” he said.

The gilded and jeweled art had belonged to Prussian aristocrats until 1929, when the Duke of Brunswick sold off the collection. The German art dealers had obtained some of the works.

Whether the sale by the art dealers to the Nazis was legitimate was the subject of a formal mediation process by the German government’s Limbach Advisory Commission, which makes recommendations concerning artwork seized during the Holocaust. The commission’s decision is not binding and the commission is neither a court nor an arbitrator, O’Donnell said.

That commission decided against restitution in March 2014, noting the transaction “was not a compulsory sale due to persecution.”

After that, this lawsuit was filed by Gerald Stiebel of Santa Fe, N.M., and Alan Philipp, of London. The artwork sold by Stiebel’s great-uncle and Philipp’s grandfather has been on exhibit in the United States, including at the Metropolitan Museum of Art in New York in 2012.

Herman Parzinger, president of the Prussian Cultural Heritage Foundation, was “astonished” that the suit had been filed, stating that he believed both sides had agreed to accept the commission’s decision. “The claimants’ attorney had said to me that his clients also would accept the Advisory Commission’s recommendation. I am not aware of any new facts that would result in a different assessment of the case.”

However, he said he was confident that “a U.S. court also will be persuaded by the results of our years-long methodical investigations into the provenance.” Unknown, he said, is whether a U.S. court “will even view itself as having jurisdiction over the case.”

The two men want the artwork returned to them, and they also want to “right the historical record” that the items were fairly sold to the Nazis, O’Donnell said.

“The German government’s refusal to recognize the losses incurred by these victims, who survived with their lives but lost their livelihoods and property, does not square with Germany’s historical approach and responsibility,” O’Donnell said.

Coerced property sales were a common practice during the Nazi’s early years. “The historical record is clear. After being publicly denounced as ‘traitors’ and targeted for their Jewish heritage, the members of the consortium had no real choice when they came up against Goering’s henchmen,” said Markus Stoetzel, the German attorney representing the two men who filed the lawsuit.

The German government is expected to respond to the suit and an initial hearing should be held in four-to-six months, O’Donnell said. Meanwhile, he said, the Prussian Cultural Heritage Foundation is in the process of having this collection designated as German national cultural heritage, which could limit where the artwork can travel. 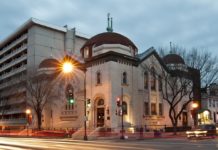