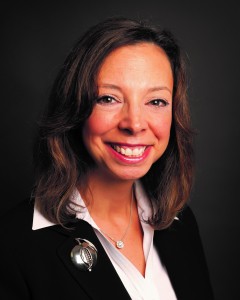 Michelle Ostroff has resigned from her position as executive director of the Jewish Federation of Howard County, according to an email distributed to the community Friday morning. Ostroff will officially step down at the end of July.

“This decision was made so that I can spend more time with my family, as the demands of this role began to present greater and greater challenges to my time,” said Ostroff in written statement via email. “I will continue to call Howard County home, and remain an active and involved member of our Jewish community.”

Ostroff, who became the executive director four years ago, has taken a part-time position at the Associated: Jewish Community Federation of Baltimore.

While the process of replacing Ostroff begins, Beth Millstein became the federation’s president at a June 23 annual meeting, succeeding Richard B. Schreibstein. Millstein previously served as the federation’s executive vice president. She works at Fannie Mae, a government-sponsored enterprise for mortgage lenders.