Amie Hoeber is back, and this time the Potomac Republican says she is better prepared to run for Congress than she was a year ago.

Hoeber, a national security consultant and former Pentagon official, announced Oct. 24 that she will seek the Republican nomination in the 2018 race to fill three-term incumbent Democratic Rep. John Delaney’s District 6 seat. Delaney, who defeated Hoeber in the 2016 election by more than 52,000 votes, has announced that instead of running for re-election, he will seek the Democratic presidential nomination in 2020.

In the Republican primary, Hoeber, 75, will face off against physician Lisa Lloyd, 53, of Potomac; former state Delegate Matt Mossburg, 50, of Frederick, and Realtor Brad Rohrs, 34, of Germantown. She said that since her loss to Delaney, 54, she has been visiting the district, which stretches from upper Montgomery County to western Maryland.

She said this has given her a deeper understanding of the district’s issues, including the opioid crisis.

“Throughout the whole state of Maryland we’ve had more than 1,000 deaths this year from overdoses,” she said.

Hoeber said there have been fewer opioid-related deaths in District 6 than other places, such as Howard County, but she has still met residents who have been affected.

“The other day I was helping a mother in Hagerstown find rehabilitation resources for her daughter who had finally asked for some help,” she said.

Hoeber said her largest concern with the opioid crisis is how drugs are sold on the black market by what are called “pill mills” — doctors and pharmacies that prescribe the painkillers illegally. She said she was encouraged by the fact that President Donald Trump called the epidemic a national health emergency last week.

“I accept the president’s sincerity,” said Hoeber, a member of Congregation B’nai Tzedek in Potomac.

Asked about the president’s performance so far, Hoeber said she agreed with most of his policies, particularly on national security, but wished he could explain them in more than 140 characters.

She thinks 2018 will be a good year for Maryland Republicans because Gov. Larry Hogan (R) enjoys a 60 percent approval rating heading into his re-election and the turnout among Democrats is generally lower in midterm elections than in presidential election years.

“I will get independent votes,” she said.

Hoeber said she does not plan to use a super PAC in this race. In 2016, Super PAC Maryland USA donated more than $3 million to her campaign.

If Hoeber is successful in getting the 2018 Republican nomination, her opponent in the general election could be Democrat David Trone, 62, co-owner of Total Wine & More. Trone spent $13 million of his own money during the 2016 District 8 primary and finished in second place.

In Bethesda Magazine, Hoeber called Trone a “carpetbagger” for living outside the district. Maryland does not require candidates to live in the district they want to represent. However, like Trone, Hoeber lives outside District 6.

The other GOP contenders for District 6 live in the district.

Hoeber told WJW that she had meant that Trone was not committed to a single congressional district.

“He’s district shopping. He’s not caring about the people the way I do,” she said. “I think his priority is to get a seat no matter who he represents.”

Trone’s spokesman Alex Koren responded in an email that Hoeber’s comments were an attempt to “distract voters from her own problems.” 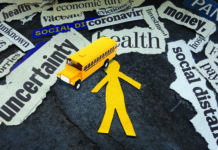 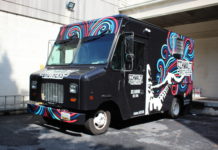