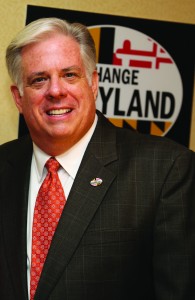 “For Maryland to have an economically vibrant economy has to include outreach to the global market,” Maryland/Israel Development Center Executive Director Barry Bogage said during a conference call with reporters before the group left. Bogage noted that Israel is a “global powerhouse” when it comes to the life science and cyber security sectors of the economy, which parallel Maryland’s industries.

There are more than 20 Israeli companies with offices in Maryland, and members of several American companies are on the trip, including eHealth Ventures, which is setting up a digital health incubator in Israel.

“For us, because it’s a Maryland company, that’s going to create a pipeline of jobs,” Bogage said.

On Hogan’s itinerary is a visit to Tel Aviv University, where he will speak with about 50 Israeli entrepreneurs, and a visit to Hadassah Medical Center in Jerusalem, where he will participate in a seminar on cancer research and speak about his own recent battle with cancer. Hogan also plans to visit a cyber security innovation hub called CyberSpark, located at Ben-Gurion University of the Negev in Beersheva.

Hogan’s trip will include meetings with key Israeli government officials. Among them will be Prime Minister Benjamin Netanyahu and Chief Inspector Micky Rosenfeld, who serves as the foreign press spokesman for the Israel Police.
The trip will cost the state $120,000.

Bogage said this is the sixth such trade mission he has staffed with the MIDC. Former governors William Donald Schaefer, Parris Glendening, Robert Ehrlich and Martin O’Malley also made visits to Israel.

The Perils of Eileen

Where do Chuck Schumer and Madison Cawthorn both quote Torah?