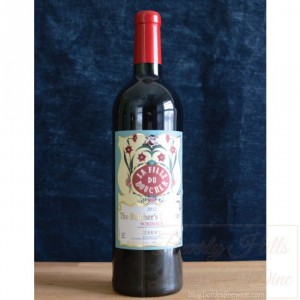 Jews have been a vibrant part of French society for centuries. Immigrants from all over the Ashkenazi and Sephardi world — the Middle East, the Iberian Peninsula, Central and Eastern Europe — have contributed their own energy and traditions into creating a lively and dynamic culture that also incorporates a French perspective.

This includes food, where inventive cooks have adapted typical French dishes, which largely depend on nonkosher ingredients and mixtures. These cooks have created a unique culinary tradition at peace with the strictest rabbinic standards. The results can be experienced in many of the fine kosher restaurants found in Paris.

One example is La Fille du Boucher (The Butcher’s Daughter), located in the 17th arrondissement. Known for its grilled meats, it has a menu that includes such delights as steak tartare, foie gras, hamburger, Entrecôte and Le steak mignon sauce béarnaise. It was opened in 2011 with an ambiance (including a zinc bar) meant to evoke a brassiere of the 1930s, and the meat is sourced from the family butcher shop.

Alas, neither of us plans in the near term to visit Paris again. But we did recently get a chance to taste the restaurant’s house wine, a Bordeaux blend.

The Butcher’s Daughter Reserve 2012 ($18) is medium bodied with notable — but not overwhelming — tannins that give it the structure to, not surprisingly, pair well with steak, brisket and other such fare. It opens with blueberry and cassis aromas that extend nicely into blackberry, raspberry and bits of chocolate with some interesting spice and vanilla during the finish. Very quaffable.

This 1940s-era sweet rum and fruit juice concoction, originally created at Pat O’Brien’s in New Orleans’ French Quarter, is still the most popular among tourists to the Big Easy. The reason is fairly simple: It is a stealth drink. That is, it tastes a lot like fruit punch, but by the time you reach the bottom of the glass, you are probably already drunk.

Although the original recipe has been lost, its derivation is well established. During World War II, some liquor, such as whiskey, was in very short, and very expensive, supply. Liquor salesmen generally demanded that any barman hoping to purchase a case of whiskey also had to purchase 50 cases of rum, which was plentiful and cheap. The hurricane was developed to help push the rum on customers; the name was chosen because of the hurricane lamp shape glass in which it was, and mostly still is, served.

Here is a delicious and not overly sweet recipe for this otherwise sweet, fruity, rum cocktail, as developed by mixologist and cocktail guru Gary Regan:

Shake thoroughly, strain into an ice-filled hurricane glass, and then garnish with a maraschino cherry and an orange wheel. Repeat as necessary. L’Chaim!