Israel officially began welcoming tourists back in November after a year-and-a-half-long travel pause for leisure travelers.
Now, with summer upon us, many more people vaccinated and so many itching to visit the Holy Land for the first or umpteenth time, the Land of Israel beckons with its millennia-old wonders and some just-opened sites.

Be prepared for sticker shock. Tickets from the U.S. to Israel during the height of COVID-19 (when few were traveling) could be as low as $600 round trip. Now, with more travelers flying and fuel prices exploding, tickets, especially for direct flights, have hovered at $2,000 or more for a round-trip ticket, for those who haven’t purchased already. Stopovers cut the ticket price pain a little, like a KLM flight that stops in Amsterdam for 12 daytime hours. And while the usually cheaper Turkish Airways ticket prices are higher now, too, if you do find a relative bargain for the airline, it’s good to also know that Istanbul now sports a kosher sandwich machine in the terminal for flights to Israel, and those lucky enough to qualify for the airline’s club privileges in Istanbul will find some kosher food options.

Both Israel and the U.S. have ended pre-flight testing, for now. But it could be reinstated if cases climb further and especially if new variants emerge. Israel, for example, has closed the door to, but not dismantled, its Ben Gurion testing facility where arriving passengers, including tourists, previously had to take a PCR COVID-19 test at their own expense and quarantine until results were emailed some hours later. Don’t rely on your friends and FB postings for the rules when you travel. The Health Ministry of Israel, which requires an entry statement from visitors within 10 days of your arrival, has a hotline with operators that speak English to help you fill out the form and answer questions about the rules of entry. Call 011 972 08-6241010. It’s no longer a 24/7 line, but hours do extend past the end of the 5 p.m. Israel workday. (Israel is currently seven hours ahead of EST.)

Make sure you have health insurance coverage before you go, says Mark Feldman, a director of Diesnhaus Travel in Jerusalem. “I’ve seen tourists out of pocket thousands of dollars if they have to be treated for a heart attack or other serious illness while in Israel,” says Feldman. Check your employer or personal health insurance to see if it covers foreign travel specifically to Israel and bring documentation with you. Check your travel insurance for health coverage. No coverage? You can buy a health policy for a few dollars a day, check online or with a travel agent.

Some new attractions have opened since your last visit. Tuvia Book, an educator and tour guide, says many new hotels have opened in Israel over the past two years including the Six Senses Hotel near Eilat, The Efendi Hotel in Acre/Akko, the refurbished Mizpeh Hayamim in Rosh Pinna and the new Soho House in Jaffa-Tel Aviv. Book says the glass walls and terraces at the Six Senses “make you feel as if you’re living outdoors.” The Mizpeh Hayamim has a spa, organic farm and orchards.

The once slightly tired Museum of the Diaspora in Tel Aviv has been refurbished and reopened as Anu (We): the Museum of the Jewish People. Museum exhibits include Jewish history, religion and culture. High tech features in many of the exhibits add to the fun of the visit; current exhibits include ones on synagogues and Jewish food. On Fridays, visit for free.

Book also recommends, for visitors 10 and older, a visit to a new national park, Khan Sha’ar HaGai at the intersection of Highway One and the Beit Shemesh turnoff. This road saw fierce battles during the War of Independence, says Book, and in memory of the men and women who took part in them, a heritage center was established to mark the 1947/8 battles to keep the road to Jerusalem open. Book says the site focuses on “the physical and emotional difficulties young convoy members faced, such as…whether the trucks should carry guns or food to besieged Jerusalem.” Displays include codebooks and interviews with people who took part in the battles.

For the younger set, Jerusalem’s Sokolov Park, near the Inbal Hotel, now includes a library with children’s books in English and a shaded seating area, near the swings and slides that have options for both little ones and older children. The library was dedicated in memory of Elan Garfinkel of Washington, D.C., by his parents, Jay and Renee, who made aliyah from D.C. several years ago. The park abuts several markets with cold drinks and ice cream.

Not far from the park the small museum at Jerusalem’s Heichal Shlomo on King George Street has a lovely exhibit of Judaica paper cuts, by Israeli artists. On your way to the exhibit have a look at the newly renovated fountain at Paris Square, a welcome attraction on hot days. 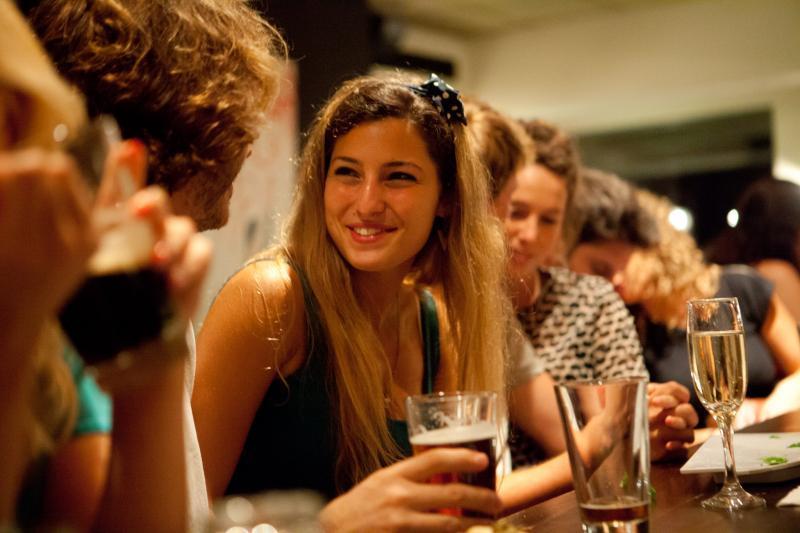 (photos courtesy israel Ministry of Tourism)Wolt, a food delivery service that opened in Israel just a few months ago, will expand your eating horizons. Many of the country’s best restaurants such as Jerusalem’s Caffit, Sima and HaMesilah, offer slightly limited versions of their menus though the offerings from Lucianna in the Mamilla mall recently included many pastas and a mouthwatering beet salad. And Ben Ami on Emek Refaim sent an Israeli breakfast with all the fixings — in tiny containers — and the omelet still hot! For the best adult/child option make a reservation at Café Gan Sippur in Jerusalem’s Sacher Park. You can watch the frisbee games from your seat and take toddlers for a stroll when they’ve finished eating. A recent breakfast included mushrooms over teriyaki polenta. A holdover from Corona (what Israelis call COVID-19) days remains at the cafe: You can pick up a breakfast picnic basket and eat on the park’s grounds.

Journalist Linda Gradstein, who reviews restaurants for the Jerusalem Post, says while many restaurants either switched to delivery or closed, others actually opened during this period. For a splurge, she says not to miss Darya in the Tel Aviv Hilton. The cuisine is “Silk Road” incorporating elements from Uzbekistan, China, India and Tajikistan. “I so enjoyed my meal here for a review that I brought my entire family to celebrate our 30th wedding anniversary,” says Gradstein.

Ashkelon has also become a mecca for kosher restaurants as more Anglos and French immigrants flock to the city, Gradstein says. “One I particularly enjoyed was Rashel. It was like visiting Morocco and they have now opened a branch in the Tel Aviv port.”

Gift shops at Yad L’Kashish (Lifeline for the Old), Shalva and Shekel help support the organizations’ work. Arnie Draiman, a consultant who advises philanthropists on giving in Israel, has a list of vetted organizations and also offers a half-day session for $250 that can match your interests with organizations that could use your help (draimanconsulting.com/my-favorite-mitzvah-heroes/).