Roxanne Imeson and David Friedland were married on Oct. 18, in Tulsa, Okla. Rabbi Daniel Kaiman, of Congregation B’nai Emunah in Tulsa, presided. The wedding took place in the yard of their new home in Tulsa, with immediate family in attendance.

The bride is the daughter of Madeleine and Steve Imeson, of Poulsbo, Wash. The groom is the son of Melissa and Robert Friedland, of Potomac. He is the grandson of Rosilyn Wetstone of Silver Spring,

The bride is a graduate of the University Of New Mexico. She works in human resources forTeach for America. The groom is a 2010 graduate of Charles E. Smith Jewish Day School. He graduated from the LIST program at Columbia University and the Kennedy School at Harvard University. He works in real estate development at the Ross Group.

David and Roxanne met in 2014, when they both worked for Teach for America. 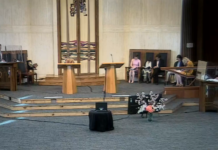 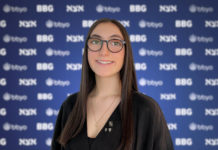 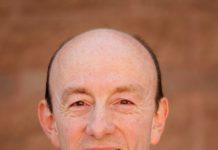