There’s a line from the Broadway musical “Billy Elliot” that describes dancing as losing yourself while being made whole. For Baltimore theater veteran Timoth Copney, this best summarizes his beloved craft.

“It’s the physicality of it. It’s the way of expressing yourself through movement, the kinetic energy you can create both mentally and physically,” Copney said. “When you’re moving, when you’re creating anything really, it’s one of those things that gives you a feeling of peace.”

Copney has had many unique experiences over the course of his career. He’s performed with the Atlanta Ballet, been on several equity tours, done TV in Canada and has worked with three separate Batman villains (this, he jokes, is his claim to fame). But this June will be the first time he performs in a festival specifically for LGBTQ Jews.

Copney, along with other artists, will be headlining The Gordon Center’s first-ever Queer Jewish Arts Festival, a series of virtual and in-person performances and panel discussions from June 1-13 that will explore LGBTQ and Jewish intersectionality.

JCC of Greater Baltimore Chief Arts Officer Sara Shalva said the idea for the festival came about from conversations the JCC had with Iron Crow Theatre, a queer theater company in Baltimore.

Shalva said the festival is an opportunity to explore LGBTQ and Jewish identities and move the needle from welcoming to belonging.

Artists are joining from all over the country and the world to be a part of the event.

The festival will kick off at The Gordon Center on June 1 at 8 p.m with an in-person outdoor screening of the play “Indecent” by Paula Vogel.

This modern play is the story behind another, older play, “God of Vengeance” by Sholem Asch, about a Jewish brothel owner’s daughter who falls in love with one of the female prostitutes. Natka Bianchini, a professor of theater at Loyola University Maryland, said “God of Vengeance” was successful in Europe and Yiddish theater but stirred up major controversy when it was performed in English on Broadway in the 1920s.

“Famously after one performance, a policeman showed up at the theater and arrested the cast for indecency, and they spent a night in jail,” Bianchini said. “There was a trial to shut down the play.”

“Indecent” is about this controversy.

Bianchini — along with Helen Deborah Lewis, an assistant professor of theater at The Boston Conservatory at Berklee — will take part in a virtual panel discussion on the play on June 3 at 7:30 p.m. as part of the festival. Members of Iron Crow Theatre will also read select parts from “God of Vengeance.”

According to Bianchini, theater can be a powerful tool for social change.

“Theater is, for me, the best art form for creating deep empathy,” Bianchini said. “Because you as an audience member, you’re asked to immerse yourself in the world of characters. People who may be very different from you. As an actor, you’re literally putting on the skin of a different person to tell their story. And so I think that it requires empathy. It requires you to find the humanity.”

Much of the festival will be virtual, and festival participants are finding creative ways to lean into the setup. This includes the premiere of a Zoom play called “Name Game,” written by Sarah Felder and Yehuda Hyman, on June 13 at 7:30 p.m.

According to Hyman, the virtual setting has allowed the two to work from different coasts and their director, Ronit Muszkablit, to work from Israel.

“There is an intimacy that I have discovered on Zoom through directing my own group and acting with Sarah,” Hyman said.

Hyman is a director, choreographer and dancer who started the dance company Mystical Feet in Los Angeles. He and Felder have been friends for years. Felder went to his name-changing ceremony and Hyman went to her wedding, the first LGBTQ wedding he’d ever been to.

These experiences kickstarted the creative process behind the play.

“What we decided is we would just investigate names and why names are so important in the Jewish story,” Hyman said. “Since we’re named after ancestors going back to Abraham and Sarah, and then all the different identities particularly that I’ve been through and that Sarah has been through, [we decided] we would just take that as a theme and see what happened. It is a wild stew of a little bit text, storytelling, clowning (Sarah has a strong background in circus as well as being a writer). So there’s maybe a bit of a vaudevillian feel to it. A Cinéma vérité feel to it.”

Hyman said his love of theater and dance began in Hebrew school learning Jewish folk dance and performing in Purim plays. His craft has been a source of joy and a form of activism. He’s performed dance pieces protesting antisemitism and the disrespect of Jewish memorials in Germany. Dance, he said, can bring about an honest confrontation with people and, possibly, change.

“The importance of this festival is we show ourselves and we show our creativity in all our different ways,” Hyman said. “It’s a peek into someone else’s soul and if you are willing to look at it, willing to see it.”

Being LGBTQ and Jewish

The intersectionality of LGBTQ and Jewish identities is at the heart of Copney’s event, “Dance and Identity: An Intersectional Presentation and Panel,” where he and other performers will explore this topic through dance and choreography.

The event, on June 7 at 7:30 p.m., will be “an occasion to meld those two parts of my personality, which are such core parts of my identity,” Copney said. “Not only do I have a chance to do that but to share it and to put a spotlight on it so the rest of the world can see that queerness and Jewishness and artistic expression are by no means mutually exclusive and can be actually really complimentary to each other. I think it’s important to get that kind of thing out of a place of honor.”

Copney hopes the festival provides an opportunity for artists to share their work and raise awareness.

“The intersection of Judaism and queerness and dance is a fascinating topic to me,” Copney said. “What I hope it accomplishes is what any artistic festival hopes to accomplish. It gives you a chance to share your art. It gives audiences a chance to experience your art and raises awareness that queerness and Judaism factors in the arts.”

The other events at the festival are a discussion on queerness and Judaism in literature on June 8 at 7:30 p.m. and a performance by the klezmer band Tsibele on June 10 at 7:30 p.m.

More information can be found at jcc.org/gordon-center/queer-jewish-arts-festival. 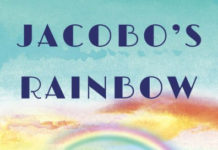 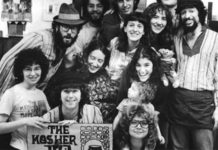