All a 12-year-old boy born in Jerusalem to American parents wants is the right to list “Israel” as his place of birth on his passport. But at times during oral arguments Monday before the United States Supreme Court in Zivotofsky v. Kerry, the debate swelled to include the government’s balance of powers as well as the Middle East peace process.

Menachem Zivotofsky, whose parents moved to Israel from Silver Spring, must list “Jerusalem” as his place of birth, as America does not recognize any one country’s sovereignty over Jerusalem.

But listing one’s place of birth is a matter of self-identification and “does not amount to sovereign recognition,” argued Zivotofsky’s attorney, Alyza Lewin.

But U.S. Solicitor General Donald Verrilli Jr. told the court that if it ruled in the petitioner’s favor, such a ruling could set back Mideast peace talks and even cause rioting.

“The question of the status of Jerusalem is the most vexing and volatile and difficult diplomatic issue that this nation has faced for decades,” Verrilli said.

Justice Elena Kagan appeared to agree. “I mean, history suggests that everything is a big deal with respect to the status of Jerusalem. And right now Jerusalem is a tinderbox because of issues about the status of and access to a particularly holy site there.”

But Chief Justice John Roberts said if rioting did occur, it would be “a self-fulfilling prophecy” since the executive branch is the one making a big deal out of this issue.

If the matter was simply about self-identification, then a passport would be “a very selective vanity plate,” Kagan said, adding that a passport is “a form of diplomatic communication,” and only the president should be allowed to determine what is written on it.

But Justice Antonin Scalia said it was obviously the executive branch that has the authority to recognize a foreign government, but that this was not what this case is about. He suggested the court could side with the Zivotofskys while stating that its position doesn’t deal with which branch of government has the power of recognition.

Justice Anthony Kennedy suggested that Israel be permitted as a place of birth for Jerusalem-born American citizens but that the passport stated that “this designation is neither an acknowledgment nor a declaration by the Department of State or the president of the United States that Jerusalem is within the borders of the state of Israel.”

Lewin acknowledged that even if that happened, Congress could pass a law mandating that statement be removed from passports.

Justice Stephen Breyer said he believed the question was better left to the executive branch. “I am a judge. I’m not a foreign affairs expert,” he said.

The Supreme Court is expected to rule on the matter before the end of its session in June.

Here is a transcript of the arguments before the U.S. Supreme Court: 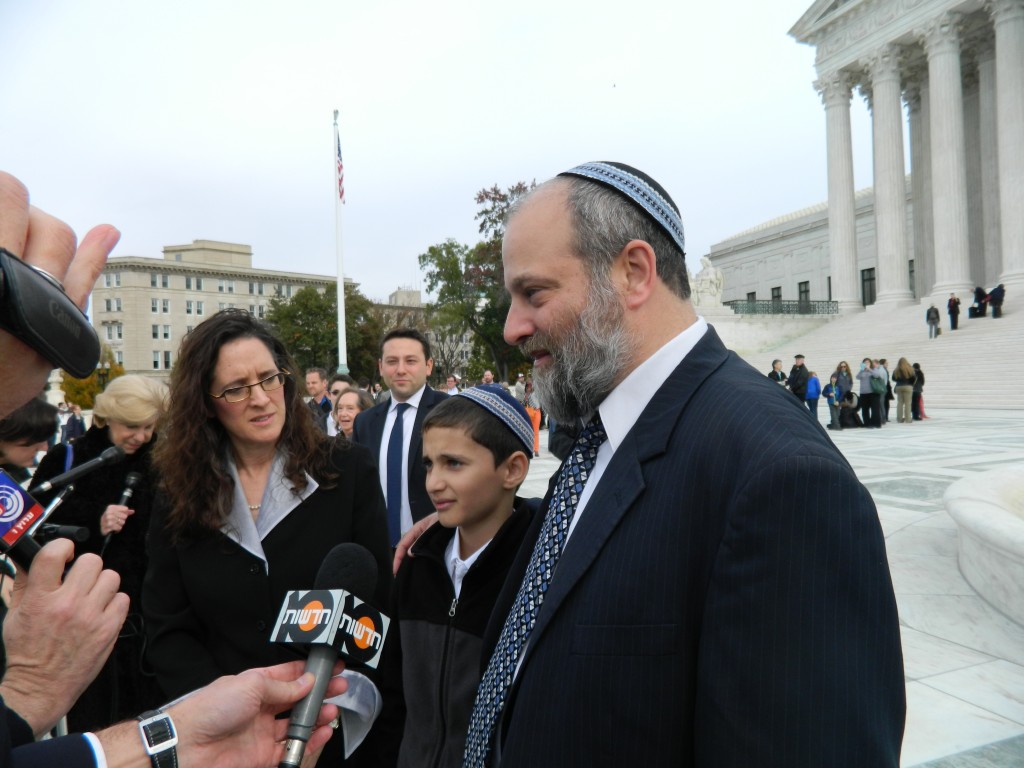