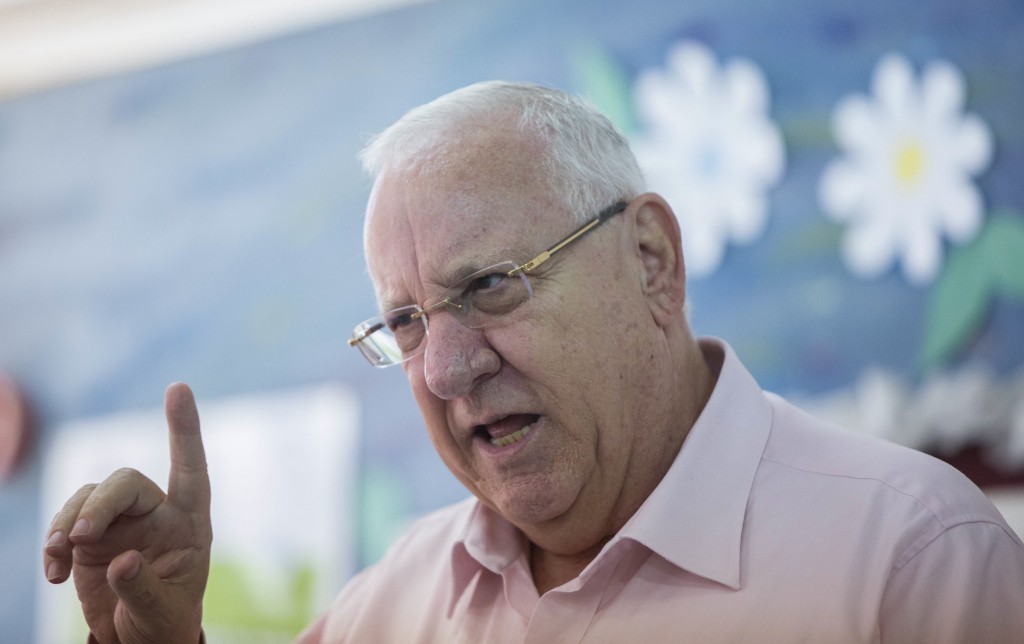 The role of the president of Israel is largely ceremonial. The most important constitutional role is holding consultations in forming a government and accepting a government’s resignation. But Israel’s presidency has also been shaped by the men who have served in that capacity.

In the case of Likud Knesset Member Reuven Rivlin, who was elected the 10th president of Israel on Tuesday, the incoming president promises to continue to be a plainspoken man who will likely be eclipsed by Israel’s more vocal men in suits, such as Prime Minister Benjamin Netanyahu.

But Mr. Rivilin has a mix of views and attitudes that could make his presidential tenure interesting: He is a hard-liner on the territories who opposes the government’s position favoring the creation of a Palestinian state. But as a parliamentarian, including his service for two terms as speaker of the Knesset, he was notable for an allegiance to process and the upholding of democratic norms. While Rivlin is a secular Jew, he views Orthodoxy as normative Judaism. This led him some time ago to denounce Reform Judaism as “idol worship.” And in his 2007 run for the presidency, Rivlin would not say whether he would refer to Reform rabbis by their title if elected. Mr. Rivilin sought to clarify those remarks in his recent campaign, and appears to acknowledge that he needs to adopt a broader, more inclusive view, as president of the nation-state of the Jewish people.

In the first decades of the state, Israel’s presidents were largely confined to their ceremonial roles. First president Chaim Weizmann brought with him the prestige of the leader of the international Zionist movement. But he was frustrated to find his influence circumscribed by Prime Minister David Ben-Gurion. Then things changed. For example, in 1982, then-President Yitzhak Navon stunned the country by going on television and threatening to resign unless the government launched an investigation into Israel’s responsibility for the Sabra and Shatila massacres. Since then, presidents have weighed in on issues of the day.

Outgoing President Shimon Peres, a Nobel Peace Prize winner and outspoken dove, may have seemed an ill-fitting partner for hawkish Prime Minister Netanyahu. But Peres’ good cop and Netanyahu’s bad cop seemed to work well, and may have been behind Netanyahu’s call for a second term for Peres and his opposition to Rivlin’s candidacy, until it was clear that Rivlin would win.

Now, we will all be watching to see how President Rivlin, who won by a 63 to 53 second ballot vote in the Knesset, will utilize the bully pulpit and prestige of his new office. We hope he will shy away from the bombastic comments that peppered his legislative past and embrace the intended objective of his office of the president – to be Israel’s uniter-in-chief.
We wish him every success.