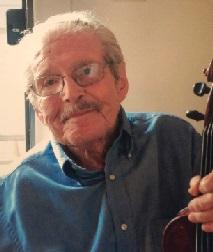 Jack Block, 95, of Queens, N.Y., died on Dec. 10, surrounded by his family, following a brief illness. A lifelong educator and professional musician, Block was a World War II veteran; a retired assistant principal in the New York City public school system; played violin, clarinet and saxophone professionally; and was a music instructor and the head of the waterfront at Jewish summer camps in the Catskill Mountains of New York for more than three decades. He is survived by his wife of 68 years, Margie (Wincelberg); three children: Sharon (David) Butler, Michael (Debbie) Block, and Davida (Gary) Stadtmauer, 10 grandchildren and 14 great grandchildren. Contributions in Block’s memory may be made to FIDF, Friends of the Israeli Defense Forces.