“Kosher Queen” Jamie Geller is taking on a new challenge. The author of seven bestselling cookbooks and the founder and CEO of Kosher Network International (KNi), Geller is partnering with Aish Global to create a new media network.

The partnership was announced on Chanukah during a live candle lighting ceremony and concert viewed by over 100,000 people at the Aish World Center across from the Kotel.

Geller’s personality-driven KNi, the parent company of jamiegeller.com and @jewlishbyjamie, draws millions of followers through a strong social media presence with thousands of recipes and viral how-to videos.

“I was on the sets of TV shows, on film sets, met celebrities,” she said. “My mother was so nervous that after everything she did — sending me to a Jewish school and shul and Camp Ramah in the Poconos my whole Jewish life — I would meet a non-Jewish guy.”

She needn’t have worried.

“I went to singles events run by Rebbetzin [Esther] Jungreis and to the Aish New York Monday parsha class, where they would try to make the parshas relevant to your life,” she recalled. “I loved it and it moved me, and I went to an Aish Discovery Shabbaton, and it was 20 years to this year, on Parshat Miketz, that I decided I wanted to become shomer Shabbos. I knew all the davening, so I was comfortable in Hebrew, from school.”

After a decade-long career as an award-winning TV producer and marketing executive, Geller’s second career as celebrity chef was somewhat unexpected — especially given that before she was married, she used her oven in Manhattan for storage.

“We were newlyweds and my husband said, ‘What’s for dinner?’ and I said, ‘I don’t know. You tell me!”’ Geller said. “My grandparents on both sides were amazing chefs. One was a proprietor of his own unbelievable restaurant in Chestnut Hill. My grandmother had a natural gift. On the other side, my grandfather was a butcher in Allentown and a tremendous cook; they called him ‘Chefu,’ not ‘Dad,’ which means ‘chef’ in Romanian. My parents emigrated from Transylvania to Pennsylvania in 1964.

“Then my husband taught me how to cook. He’s a dream, he worked in catering, his whole family cooked. To this day, he’s my sous chef.”

While she was on maternity leave from HBO, Geller wrote a cookbook at her husband’s urging. “It became an autobiography — how I married, made mistakes in the kitchen — and I needed recipes, so I wrote those after I wrote the book.”

That book was “Quick & Kosher — Recipes From the Bride Who Knew Nothing.”

“I had called a Jewish publisher but they declined a meeting with me because they were already committed to a different cookbook author, so I called Feldheim Publishers and said, ‘I’m a producer at HBO, can I have a meeting?’ and I got it. They printed 10,000 copies and they sold out in a few weeks. It’s now in its seventh printing, and has been translated to Hebrew.”

Now, many books and 1 billion video views later, Geller is known for being able to connect with a Jewish audience — which is precisely why Aish Global pulled her in and made her their chief media and marketing officer. The goal of the partnership, over the next 10 years, is to connect 3 million Jews around the world to their Jewish identity “through cutting-edge, quality, professional and commercially viable Jewish entertainment and edutainment,” Geller said. “The programs will be stratified — covering a diverse range of topics.”

The visionary and architect of the plan, said Geller, was Rabbi Yitzchak Berkovits, the rosh yeshivah of the Aish HaTorah Yeshiva in Jerusalem.

“We hope to reach Jews who are so far living without any Judaism in their lives. Maybe they’re Jewish by birth, maybe they identify, maybe not,” Geller explained. “Aish is not looking for ownership. They have a spirit of collaboration and inclusion and the goal is to find, to help, to support, and to partner with the talent that is out there.”“We see the enthusiasm for the [Netflix series] ‘Unorthodox,’ which wasn’t ‘sold’ to Jewish audiences,” she added. “It all starts with quality content. … People will come if the content is compelling, creative and entertaining.”

Geller knows a little bit about compelling content. Before she started KNi, Geller worked on some big hits, including “Sex in the City” and “The Sopranos.”

“Regarding “Sex in the City,” I was a single girl living in Manhattan. It certainly wasn’t my life, but it spoke to so many, it had its finger on the pulse of culture and society and I think there was value for the culture in the society at that time. I learned a lot from that experience.”Working on those projects gave her insight that she’d use later.

Now, the Gellers don’t even have a TV in their home. “But I do keep my ear to the ground and make sure that I’m informed and watch elements of whatever is trending in streaming programming,” Geller said. “I often go outside of the Jewish world to my network of contacts when it comes to production and marketing.”

She will surely do some of that in her new role with Aish. The organization is looking forward to having Geller onboard.

“This is an initiative for and by the Jewish people,” said Aish CEO Rabbi Steven Burg. This isn’t about building up Aish. This is about building and improving the world.”

Toby Klein Greenwald is a journalist, theater director and editor-in-chief of WholeFamily.com. 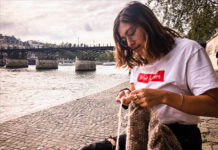 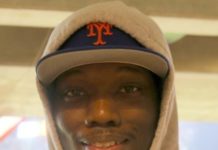 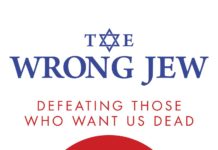 Getting serious about fighting back