Jack and Beth Rosenthal of Rockville are delighted to announce the engagement of their son, Jay Wallace, to Elizabeth Whitmore Funk, daughter of Kim Rodeffer Funk and Steve Funk of Vienna.

Jay is a Business Analyst with SAY Media, an internet publisher and advertising network in San Francisco, CA.  He received his MBA from Georgetown University and two undergraduate degrees, a BM in Music Performance (Percussion) and a BA in English from the University of Maryland, College Park. Prior to earning his MBA, he was a percussion instructor and the percussionist for the Mantovani Orchestra.

Jay and Elizabeth met at the Barnes and Noble in Falls Church. Jay passed Elizabeth a note just like his father when he met Jay’s mother at the New York Public Library 50 years ago. Elizabeth and Jay share their love of books, vegan food, and their dog, Lucie.

A spring wedding in Middleburg, VA is planned. 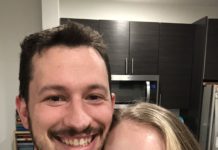 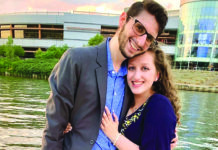 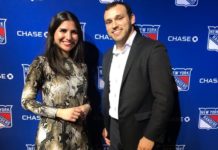