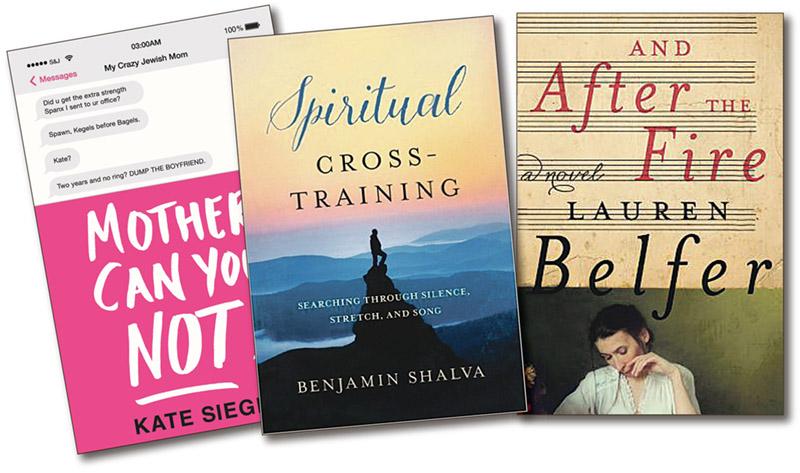 Jennifer Smith, director of arts, culture and community engagement at the Bender JCC, said she sees the trend in memoirs about people who have overcome personal difficulties.

“I think this [trend] can be attributed to the Internet, social media and blogging, and it’s spilling over into fiction,” she said. “I love this cultural shift as I believe it makes us feel less alone in our struggles.”

Smith pointed to an event the Rockville JCC will hold on Nov. 10, in which author Kate Siegel will discuss her collection of essays, “Mother, Can You Not,” in which she describes the travails of motherhood.

The JCC of Northern Virginia will sell books and crafts in its art gallery from Nov. 17 to Dec. 5. It will host an opening night event with local authors on Nov. 17.

Among the speakers is Rabbi Benjamin Shalva of Reston, who will discuss his memoir, “Spiritual Cross Training,” about spiritual growth, his journey to Tibet and his yoga practice.

Former White House staffer David Berry will discuss his novel, “Gate in the Fence of Time: A Journey to the Birth of America,” and Washington fine arts scholar Ori Soltes will talk about “Tradition and Transformation: Three Millennia of Jewish Art and Architecture.”

The headlining events at the Bender JCC’s book fair will be a conversation on Nov. 3 with Yael Dayan, author of “Transitions,” and a closing night panel discussion about the life and literary work of Elie Wiesel, which will include scholars who worked closely with Wiesel, his colleagues and his students.

Dayan is the daughter of the late Israeli military leader and politician Moshe Dayan. In her memoir, she describes her life as an activist and politician for the Israeli political left. Journalist Susan Weidman Schneider, who founded the Jewish women’s magazine Lilith, will interview her.

The Bender JCC will also include “JBook,” a community reading program that it is debuting this year. Its book selection committee chose the work of historical fiction “And After the Fire” by New York Times best-selling author Lauren Belfer. The book, which is inspired by historical events, interweaves the stories of an American family and a German family, and their connection to an anti-Semitic cantata by Johann Sebastian Bach.

In connection with JBook, which will culminate in an author’s talk on Nov. 6, the Bender JCC will host a children’s musical workshop and instrument zoo, as well as a salon discussion on trends in anti-Semitism.
For Election Day, the Bender JCC will take part in another trend — adult coloring books. With the JCC also serving as a polling site, Smith said she hopes the group coloring event will help people unwind after voting.

“We hope it helps people smile through a tough election,” she said.