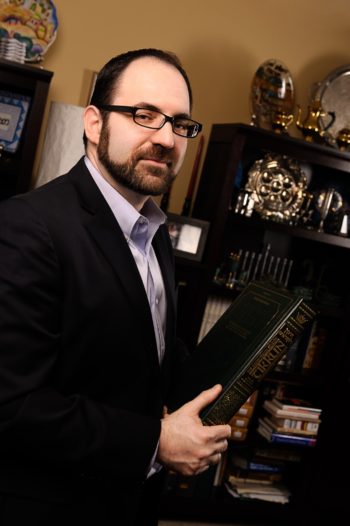 Jeremy Kridel has worked in IT and studied law.

“I was always concerned with what I’m doing helping people,” he says. “And that is part of why I went to law school. And over time, I realized that what I was missing from all of that was something that tied my Jewish identity into how I was helping people.”

In July, Kridel brought that concern from Indiana to Washington, where he became rabbi at Machar, a Secular Humanistic congregation.

“Just the opportunity to serve those people’s needs is just the thing that I’m most excited about,” says Kridel, who will be ordained in November from the International Institute for Secular Humanistic Judaism.

His wife, Raya, will work at Temple Isaiah in Fulton as communications coordinator. Kridel said they are “looking forward to having a Jewish community and a Jewish home in Machar.”

Their son, Shaye, is on the autism spectrum, and Kridel says he plans to focus on including people with a broad range of needs into Jewish life. While he wants to get to know his new congregation before making changes, he says he is looking for tweaks that improve life for people like Shaye, who benefit from quiet locations and room for movement.

Kridel says he is excited by Machar’s tradition of social activism.

“Many of the members have a really strong social activist bent. And I’m interested in looking at how Machar can work with” other like-minded groups, he says. “So I’m really interested in seeing where the synergies are.”