On Nov. 3, Lanni Solochek and her wife, Rabbi Lily Solochek, will volunteer as poll workers near their home in Rockland, Maine.

Among the couple’s duties: checking to make sure residents are registered to vote, directing them to voting booths and disinfecting booths in between voters.

“There’s a shortage of available poll workers now because they tend to be elderly, who are at high risk for COVID-19,” said Lanni Solochek. “Safety has to be a priority this year, so we’ve both applied to be poll workers.”

Fortunately, Lanni, a 26-year-old digital content strategist at American Jewish World Service, won’t have to take the day off from work. Her employer is one of a growing number of Jewish organizations giving their employees Election Day off so they can vote and help out.

It’s part of a broad effort by Lippman Kanfer Foundation for Living Torah to encourage Jewish organizations not just to pledge to close for business on Election Day, as some corporations also are doing, but also to direct their employees to spend the day actively participating in the democratic process. Their list of suggested activities includes election protection, get-out-the-vote work, and supporting voters standing in tremendously long lines with food, water, chairs — and unbiased, accurate voting information.

“This effort speaks to the soul of AJWS,” said Robert Bank, CEO of the organization, which fights human rights abuses and poverty in 18 countries ranging from Haiti to Bangladesh. “All of us are concerned about this upcoming election being free and fair. We want to make sure U.S. citizens can participate in the democratic process freely, and not be subject to extremist groups or violence.”

So far, nearly 70 Jewish institutions employing more than 1,600 people nationwide have joined the campaign, dubbed Free & Fair. The idea is to turn Election Day into a day of participatory democracy just as Martin Luther King Jr. Day has become a national day of service.

“We’ve become increasingly aware of potential threats to the integrity of the 2020 election,” said Aaron Dorfman, president of Lippman Kanfer Foundation for Living Torah, which focuses on Jewish approaches to a range of universal human issues, including social justice, parenting and climate change.

Dorfman cited as threats the postal service’s struggle to handle the volume of mail-in ballots and suggestions by members of both parties that the outcome might not be respected. With exceptionally long lines expected at polling stations, Jewish organizations that are closed for the day are helping ensure that their employees have ample time to cast their ballots, he noted.

“We’re already seeing that with early voting in Georgia and Texas, people are waiting in line five hours or more,” Dorfman said. “We also want to encourage employees of Jewish organizations to actively participate as poll workers and monitors, and engage in get-out-the-vote efforts.” 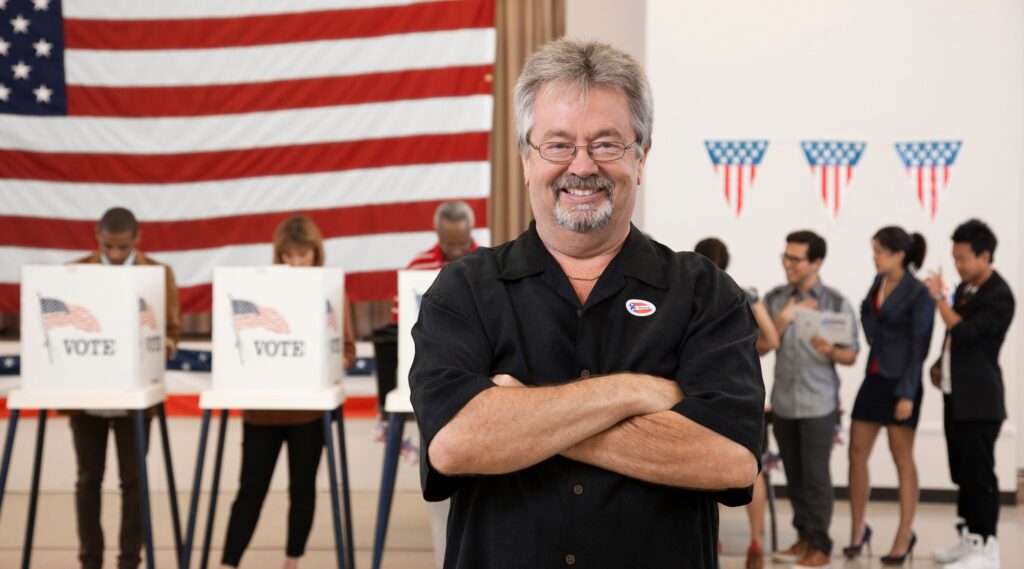 Gali Cooks, president and CEO of Leading Edge, which helps cultivate Jewish organizational leaders, said, “Closing for Election Day was clearly the right choice for us. We see a parallel between our work supporting professional talent in Jewish organizations and our broader duties to democracy.”

Reuben Rotman, president and CEO of the Network of Jewish Human Service Agencies, is giving his five employees the day off. But more importantly, Rotman said, he wants to send a message to the network’s 140 Jewish social service agencies across the United States, Canada and Israel.

“This campaign is all about reminding Americans that voting is a privilege and a right,” Rotman said. “It’s the backbone of democracy to ensure that all citizens have a say. Everyone can contribute in some way to help get out the vote. We want nobody to feel impeded because of work or other barriers.”

Karen Rosen, head of membership services at the network, plans to be at her assigned precinct in Philadelphia as soon as it opens to monitor the vote.

“I’ve never felt the need to do this before, but times are very scary and there are rumors and news stories about voter intimidation at the polls,” Rosen said. “I’ll be expected to use my cellphone to photograph anything that may be inappropriate, and alert the authorities via text if voters are confused about mail-in ballots, or if people try to intimidate them as they’re entering.”

Rabbi Lisa Bellows is spiritual leader of Congregation Beth Am, a Reform synagogue in Buffalo Grove, Illinois. Last week, Bellows said she had to wait more than an hour just to deposit her mail-in ballot at her suburban Chicago precinct because the ballot boxes were full and there weren’t enough poll workers to empty them.

“Signing onto this pledge to close on Election Day is a statement that our vote counts, and that each one of us matters,” said Bellows, whose shul has 270 member families and participates in “Every Voice, Every Vote”, a new civic engagement campaign sponsored by the Religious Action Center of Reform Judaism. “In addition to being practical — this gives our employees the opportunity to vote if they haven’t already – it is meant to set an example. Participating in our democracy is a value we do not take for granted.”

Rabbi Shmuly Yanklowitz, the Phoenix-based founder and president of Uri L’Tzedek, an Orthodox Jewish organization that fights to uphold democracy and oppose human rights violations, fears violence on or following Election Day regardless of the winner. His group is mobilizing some 350 Orthodox rabbis nationwide to “be present in the streets during the [potential] protests,” advocating nonviolence and offering pastoral support, he said.

“We feel there will be attempts to try to undermine democracy in America,” Yanklowitz said. “We need to mobilize the American Jewish community, regardless of one’s party or political convictions, to fervently defend democracy at this crucial time.”

Historically, Jews vote in disproportionately high numbers: 80%-85% of registered voters in U.S. presidential elections, compared to 55% among the general population.

“This is less about ensuring that Jews can vote, and more about having the community support voting for everybody,” said Dorfman, of Lippman Kanfer Foundation for Living Torah. “It’s symbolically very powerful for the Jewish community to dedicate a day to supporting the civic life of this country that has nurtured us.”