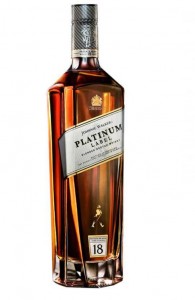 During the past several years, kosher wines have received numerous accolades and have garnered praise from prominent wine critics and publications. But those who need further proof that kosher wines are firmly part of the mainstream wine world need look no further than their local Trader Joe’s specialty grocery stores. Kosher-anything at Trader Joe’s is regional (they have locations in 30 states), and not all regions carry the same products or even carry wine. For those that do, look for their kosher wine exclusives (for those that don’t, talk to the store manager). Trader Joe’s features some might tasty kosher wines and at mighty fine bang for your buck.

Check out, for example, the Terrenal Wines. Imported by Welner Wines, these are some of the few under-$10 kosher wines regularly worth drinking. The Terrenal Tempranillo 2010 (nonmevushal) begins with floral and blackberry aromas that expand nicely in the glass and combine with red berry, dark chocolate, spice and earth flavors, balanced with bright acidity for balance and a remarkably lengthy finish. Think pasta, stews, hearty casseroles, beef ribs and even curried chicken.

Initially an Israeli fruit seller, Shimshon Welner saw the potential of switching apple orchards to vineyards during a visit to Washington State’s Yakima Valley. With a grant from the Israeli government and irrepressible enthusiasm, he cleared a former battlefield in the Golan of more than 250 shattered tanks to plant vineyards and establish the Yarden winery. He left Yarden in 1989, but returned to the wine business in 1996 when he joined Royal Wines to develop its Chilean Alfasi portfolio. Along with his wife and son, he established Welner Wines to focus on high-quality, value-priced kosher wines from around the world including Chile, Israel, Spain, Italy, France, South Africa, Argentina and Australia.

Spirits-wise, since we promised to break up our otherwise extended love song to Islay whiskies for all you non-peat freaks out there, we thought this week we’d review the newest sure-to-be-blockbuster whisky to hit the U.S. market. Say “hello” to Johnnie Walker Platinum blended Scotch Whisky! Made from a blend of single malt and grain Scotch whiskies from more than two dozen distilleries, aged for at least 18 years, this new “Platinum” addition to the Johnnie Walker portfolio is the “biggest product launch since the introduction of Blue Label.” At least, that’s how the press release described it. Introduced in August, Platinum retails for around $110 a bottle and has been getting solidly good reviews and lots of buzz.

Blended Scotch, as we’ve noted many times before, is simply a mix of malt whisky and non-malt grain whisky. Non-malt grain whisky is easier and less costly to produce, using large, highly efficient continuous distillation in the form of column stills. The resulting spirit is thought to be lighter, less interesting and less full of character and flavor. Malt whisky, which is made of 100 percent malted barley, is comparatively expensive and slow to produce. It is made in a less efficient batch-distillation, pot still, but is thought to render a more intense and interesting flavor. Blends are generally designed to be consistent and relatively cheaply reproduced, so that a recognizable brand can be produced in vast quantities without fluctuation in taste or quality.

The Johnnie Walker brand of blended Scotch whisky is the world’s most successful Scotch whisky, selling more than 130 million bottles every year (1.65 million cases in the U.S. alone). The brand began when the eponymous Walker, aged 15, began a small grocery shop in Kilmarnock, Scotland, in 1820. He specialized in blending tea — a skill that would lead him to blending whiskies. Walker’s son, Alexander, joined the family business in 1856 and it was he and his sons who really transformed the grocery into a Scotch whisky empire. Though the Walker family cashed out in 1925, the brand had already become a colossus and today continues to dominate (under the ownership of Diageo — the world’s largest producer of distilled spirits).

The whisky brand was originally called “Walker’s Kilmarnock Whisky” and then “Walker’s Old Highland Whisky” with “Special” and “Extra Special” variants. In 1909 this was changed to “Johnnie Walker” “White,” “Red” and “Black Label.” The “White Label” disappeared around 1920, and then in 1936, “Johnnie Walker Swing” was introduced. The undulating bottle design was meant to cope with ocean waves, presumably, as felt in the first-class lounges of transatlantic liners. “Blue Label” was introduced in 1992, “Gold” in 1995 and “Green” in 1997. Then, a couple of years ago, came “Double Black.” In various travel retail (“duty free”) markets, there are a few other expensive official variants knocking around as well. Until the portfolio revamp fully shakes out thru the distribution chain, any number of Johnnie Walker variations might still be available in your local liquor store.

So is the new Platinum any good? Unsurprisingly, yes it is. Given the market share and track record of the Johnnie Walker brand, we are confident this will be a big hit too. Give it a shot.

Johnnie Walker Platinum Label Blended Scotch Whisky (40 percent abv; $110): Honeyed and fruity on the nose, this smooth, deep and rich whisky offers fabulous aromas and flavors of sweet caramel, robust vanilla, apples, cherries, berries, a hint of rhubarb, a distinct whisper of smoke, and creamy, malty cereal grain notes, with just a tease of edgy, spiced vanilla bean and some cinnamon. The flavors waltz and tango on the tongue in alternating tempo, giving way to a pleasing dark chocolate note — though all the while vanilla persists. Complex, elegant, flavorful and delicious, this is a brilliantly well-put-together blend that’s well worth a try. L’chaim!