The death of 45 people at the Mount Meron Lag B’Omer ceremony on April 30 reminded us, as if a reminder was needed, that being trampled in a human stampede is a horrible way to die. Yet such tragedies happen with ghastly frequency. Wikipedia lists well over 100 such events just in this century. Often, hundreds died; one stampede killed more than 2,400.

In most of these events it was, or should have been, obvious to officials and attendees alike that far too many people were crammed into much too small a space with inadequate exits. But people came despite the risks. Why? Many of these events — patriotic celebrations, sporting events and music concerts — are fun. Being part of a large, like-minded crowd is invigorating. And for many, participating despite warnings is a way of defying authority.

The most frequent and deadly human stampedes are connected with religion — Mount Meron was the 33rd this century. The others occurred at Muslim, Hindu and Christian pilgrimages and celebrations in Saudi Arabia, India, Egypt, Angola, Nigeria, China, Haiti, South Africa, Iraq and Tanzania. Now Judaism and Israel are also on this grim list.

I imagine the people who attended these religious events did so for many of the same reasons people attend overcrowded rock concerts and soccer games. But their primary reason for assembling was to worship God, and that makes their deaths grotesquely ironic. It almost seems that an uncaring Cosmos is mocking those of us who believe or try to believe.

I saw a brief video of the celebration on Mount Meron that was taken a few minutes before the stampede started. About 100,000 people stood in a huge semicircle around a stage, joyously singing and jumping in place. Despite knowing what happened only minutes after that video was taken, I envied them their zeal, their obvious rapture of belonging to something universal.

But watching that video, the phrase that came to mind was “alien fire.” Chapter 10 of Leviticus relates that Aaron’s sons Nadav and Avihu “offered before the Lord ‘esh zarah,’ [‘alien fire’], which God had not enjoined upon them; and fire came forth from the Lord and consumed them.”

Our sages have debated over the centuries precisely what Nadav and Avihu did to prompt that Divine reaction. One explanation is that they acted with such an excess of zeal to be close to God that it killed them. I view that story as myth, not history, but its lesson — that excessive zeal can be deadly — has been proven again and again.

In Leviticus 18:5, we are told, “If a man does [God’s commandments], he shall live by them.” To which our sages added, “Live by them, and not die by them. The mitzvot were given to provide life, but they were not given so that one will die due to their observance” [Talmud, Sanhedrin 74a:13]. “In all circumstances, one must take care not to die as a result of fulfilling the mitzvot” [Talmud, Yoma 85b:3].

Religious zeal has brought so much good to the world. But it has often been misused or perverted — or, as at Mount Meron, indulged and enabled — in defiance of common sense and in disregard for human safety. The result: the inverse of Psalm 30:22. The Mount Meron celebrants’ dancing has been turned into mourning.

We hope God will comfort those who mourn for them. We ask God to help us bring zeal and passion to our lives and to our worship. But also ask that God enable us, and all humankind, to learn from this unnecessary tragedy.

Clifford Fishman is a longtime member of Tikvat Israel Congregation in Rockville and a professor emeritus of law at Catholic University. 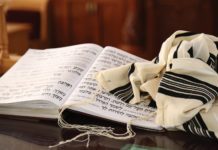 High Holy Day safety and security: It’s all about the fundamentals

Using my Judaism in stand-up comedy