Kudos from a former editor

Thank you Eric Schucht for your story on how the University of Maryland Jewish student publication Mitzpeh is handling reporting during the pandemic (“Jewish news website at U-Md. goes in search of the elusive story,” Oct. 22).

While my heart goes out to the staff having to work and publish under these unprecedented conditions, it was nevertheless heartening to see that the newspaper carries on its decades-long tradition and mission and is apparently succeeding.

Credit for that goes to the current editors and reporters. From a long-ago Mitzpeh editor, I appreciate what you are doing and salute you for keeping the publication alive.

HOWARD MORTMAN
McLean
The writer was the editor in chief of Mitzpeh in 1985-1986.

In response to “4 reasons this Jew is voting Republican” (Opinions, Oct. 15), I offer this brief rejoinder:

1. I vote Democratic, because as a Jew, American and man of the West, I care about living a moral life. I believe there is a general humanitarian consensus of ethical standards of behavior that have codified in conventions, constitutions and laws.

2. I vote Democratic, because as a Jew and American, I embrace liberty as elaborated in the First Amendment of the Constitution, along with life and the pursuit of happiness.

3. I vote Democratic, because as a Jew, American and man of the West, I reject stealing as stated in the Ten Commandments of the Torah and more broadly interpreted in the New Testament.

4. I vote Democratic, because as a human I believe in basic humanitarian values and science as practiced by the vast majority of scientists, mathematicians, engineers and scholars 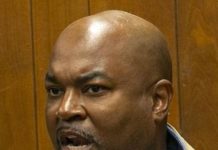