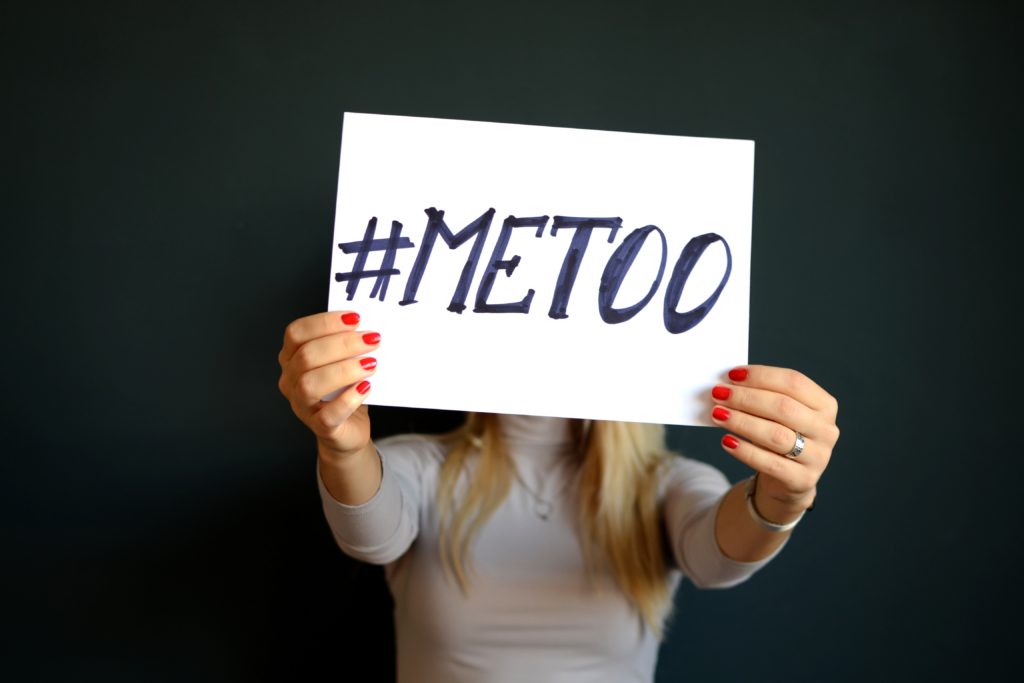 It wasn’t so many years ago that Maryland state Sen. Cheryl Kagan (D-District 17) sat down at a public event and a lobbyist sat down next to her. He leaned in to say hello and, as he did so, placed his hand on her thigh.

“Nobody should be touching my thigh without my invitation,” Kagan, 56, said last week. “And especially not in a work setting. It was just totally inappropriate. And that [story] is just one of many.”

Washington resident Danielle Cantor has her own story. When she was in her 20s, her boss told her she wasn’t wearing enough makeup and no one would take her seriously. Now 42, Cantor is one of millions of women saying #MeToo.

The hashtag picked up steam after accusations that Hollywood producer Harvey Weinstein had been serially sexually harassing and attacking women for decades. And if the campaign has proven anything, it’s that every woman has not just one story like these, but a lifelong collection.

“I don’t think there’s a woman who doesn’t have an experience that she could share in this campaign,” said Lori Weinstein, CEO of Jewish Women International (no relation to Harvey Weinstein). Weinstein, who began her career in male-dominated political circles, said she experienced harassment.

The five women interviewed for this article were not surprised by the reach and number of posts with the hashtag. But some said the men in their lives were.

Women often don’t speak out about harassment and abuse because they don’t think they will be believed and because the perpetrators often have power over them, Weinstein said. Many acts against women are meant to make them uncomfortable and vulnerable, which keep women from speaking out about them. And it becomes a part of everyday life — both horrible and mundane.

Washington resident Ariella Neckritz, 23, has experienced a spectrum of these actions, from street harassment to abusive relationships. She became involved in preventing violence against women starting in high school and now works on prevention on college campuses.

“Seeing so many people I’m closely connected to sharing their experiences was deeply upsetting and overwhelming,” she said. “I think this hashtag is emphasizing a moment in a movement. It didn’t just come out of nowhere.”

The question now is what to do with the momentum #MeToo has created.

Cantor isn’t sure if the #MeToo campaign will change anything, but she still felt the need to add her voice. It was cathartic, she said, not just for herself, but on behalf of other women. And that can be worthwhile in itself, she said.

“Do I feel like it’s really going to make a difference?” she said. “I don’t know. But it’s an act of solidarity.”

But for Lori Weinstein, #MeToo is a game-changer.

“I think we’re at a point of inflection where things will never be the same,” she said. “It was every woman and it was all women.

Women finding their voice will always be an important tool in fighting sexual harassment and assault, she said. And she hopes the hashtag can be a wake-up call to the Jewish community, too.

“We have to accept it’s not different in the Jewish community than anywhere else,” she said.

And society seems more willing now to believe women. The reputation of Bill Cosby as America’s dad was shattered after dozens of women came forward alleging sexual misconduct. Roger Ailes and Bill O’Reilly were let go from Fox News after pervasive sexual harassment was made public. And, most recently, Harvey Weinstein was ousted from his namesake studio, The Weinstein Co. after two major publications revealed the accusations.

But beyond that, both Kagan and District of Columbia Councilmember Brianne Nadeau are fighting for local legislative reform to help address some of these issues.

Nadeau, 37, has a bill to combat street harassment through education and training and a city task force making its way through the D.C. Council. Nadeau was once accosted by a man on the street who demanded her phone number. When she refused, he spat at her.

“I think something has to change and I hope [the #MeToo campaign] can help tip the scale,” she said.

Kagan hopes that the momentum from #MeToo can make this year — the ninth try — the year the Maryland Assembly passes a bill to take away the parental rights of rapists if the victim becomes pregnant as a result of rape, eliminating the need for the victim to negotiate with her attacker over custody or adoption.

“This #MeToo campaign is both uplifting and awful,” Kagan said. “Uplifting because it’s creating a community of women to support each other. But it makes it impossible to ignore the number of women in our lives who have been harassed, assaulted, abused or raped.”

Cantor’s call to action is closer to home. She’s determined her month-old son will grow up to be a man who respects and supports women.

“I was always going to try to raise a little feminist,” she said.

And then maybe the future will see fewer women saying #MeToo.