These days, it seems every Jew is pledged to tikkun olam as their ultimate Jewish value. But the spread of this once obscure and esoteric concept — which in the popular understanding is the Hebrew translation of “making the world a better place” — might not have happened if it weren’t for a German-born Israeli scholar of Jewish history, Gershom Scholem.

As author David Biale argues in “Gershom Scholem: Master of the Kabbalah,” Scholem, with his lifelong study of marginalized mystical texts, returned to modern Jewish consciousness a suppressed twin to Judaism. That twin — mythic and irrational — had been written out of rationalist orthodoxy and post-Enlightenment liberal Jewish belief.

“His decision to study the esoteric subject had to do with a philosophical question,” writes Biale, a professor of Jewish history at the University of California, Davis. “What is the status of myth and pantheism in the world’s oldest monotheistic religion?” For Scholem, as for Martin Buber, his older mentor and longtime nemesis who popularized chasidic stories, “they were essential to understanding Judaism.”

Biale recalls discovering Scholem’s groundbreaking “Major Trends in Jewish Mysticism” as an undergraduate. “Here was hidden the secret of how a secular historian might immerse himself in religious sources and find in them meaning for the modern world,” he said of Scholem’s nearly singular feat. “His greatest accomplishment — to make his esoteric subject crucially important to modern men and women — stands unchallenged.”

Scholem was, at heart, a secular, bourgeois German Jew. Born in Berlin in 1897, he grew up in an assimilationist milieu with more than a superficial resemblance to American Jewry of the 1950s and 1960s: newly established, eager to prove their Germanness and unfailingly status conscious.

Scholem came of age during World War I, part of a Jewish generation that was the first to attend university and, buoyed by their families’ newfound financial stability, was ready to shake things up, reject their parents’ conventionality and, in Scholem’s case, return to Judaism.

Judaism was central to Scholem. He wanted to renew it, but not by turning the clock back to some idealized premodern golden age. As a teenager, Scholem — a brilliant, rebellious and arrogant student who more than once confessed to his journal that he might be the messiah — latched onto Zionism as the method that contemporary Jews could use to revive a Judaism that, in Germany, had been reduced to trimmings. 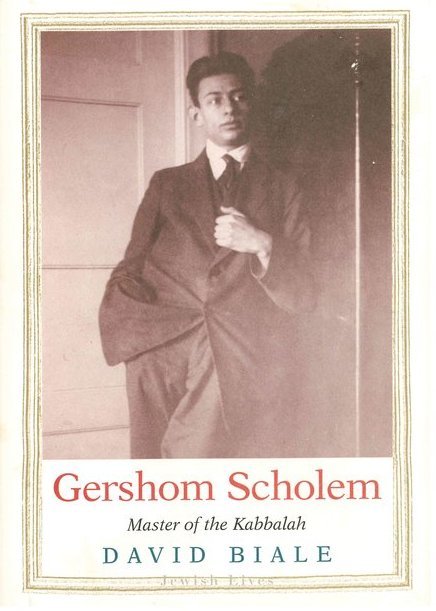 After a lifetime of study and writing, Scholem, who moved to British Mandate Palestine in 1923 and lived there until his death, defined his conception of Judaism while weighing in on Israel’s perennial “Who is a Jew?” battle in 1970, writing: Judaism is a “living and undefined organism. It is a phenomenon which changes and is transformed in the course of its history. … With the realization of Zionism, the fountains of the great deep of our historical being have welled up, releasing new forces within us. … And the Jewish identity is not a fixed and static but a dynamic and even dialectical thing.”

A bibliophile from childhood, who taught himself the languages of the texts he wanted to study, Scholem spent his life in libraries uncovering and analyzing works of Jewish mysticism. What he found was a Jewish world where myth and the irrational overwhelmed reason and ritual.

An invitation from American Reform rabbi and Zionist leader Stephen S. Wise in 1937 to deliver a series of lectures at the Jewish Institute of Religion of New York was a “golden opportunity” for Scholem to present his work for a general audience, Biale writes.

Those lectures, which Scholem wrote in German and had translated into English, were the basis for “Major Trends.”

“He presented himself as an archeologist confronting ‘a field strewn with ruins’ that required painstaking spadework,” not an initiate with esoteric secrets to unveil, according to Biale. For Scholem, “mysticism represents a ‘romantic’ return to the religion’s revelation, an attempt to recapture the immediacy” of the experience at Sinai that had been lost in the millennia since, replaced by what is called today “organized religion.”

“With his theory, Scholem was taking his place among those who wanted a return to Judaism that did not involve adopting Jewish law,” Biale writes.

Biale touches slightly on most of Scholem’s najor trends. Of these, Chasidism may be the best known. Another chapter concerns the Zohar, the central work of Kabbalah, the Jewish mystical tradition. Scholem’s scholarship led him to conclude that it was a pseudoepigraphic work, written by Moses de Leon, a 13th-century Spanish Jew, and not a work of antiquity as was widely believed.

Another trend was Lurianic Kabbalah, which flourished in 16th-century Safed. Concerned with creation and the entrance of evil into the world, the Lurianic strain of mysticism introduced the concepts of 10 sefirot, or divine emanations. According to the tradition, to have space for Creation, God had to contract Godself, an act of self-exile called tzimtzum. Primordial light flowed into a series of vessels, which shattered, throwing sparks of light and darkness into the world. To restore the perfection of creation, Jews must perform tikkun olam, repairing the world by separating the sparks of light from darkness.

“Major Trends” was a path-breaking work, but Scholem’s magnum opus was a two-volume biography published in 1957 of Shabbatai Zvi, a rabbi in what now is Turkey who in 1648 launched an earthquake in the Jewish world when he declared himself the messiah.

Although Ottoman authorities persuaded Shabbatai to convert to Islam in 1666, Scholem concluded that Shabbatai’s life changed Judaism profoundly. At the most extreme, it led to conversions out of Judaism and the rise of nihilistic groups that sought redemption through sin.

The first was that, through shaking rabbinic power in the entire Jewish world, Shabbatai loosened orthodoxy enough to let the Enlightenment in to Judaism.

Second, from the record of Shabbatai’s swings between outbursts of charismatic euphoria and periods of passivity, Scholem concluded that Shabbatai suffered from what today is called bipolar illness.

And third, “the movement was not something external to Jewish history, but rather ideas internal to Judaism.” The wave of messianism had been considered by historians as a reaction to the 1648 Chmielnitzki Massacres of Jews in Eastern Europe. Scholem disagreed.

Much of the history of Jewish mysticism had focused on the nature of God, and the mystery of creation. The Sabbatian movement, by contrast, focused on redemption and the coming of the messiah as the ultimate redemption.

The power of messianism — long suppressed — has led the Jewish people on wild and often destructive swings. Knowing this history, Scholem believed that the Zionism of his own time was the necessary route to the renewal of Judaism, Biale writes. He also believed that, like the Sabbatian movement, it carried with it the seeds of its own destruction.

“The failure of Sabbatianism, its collapse into nihilism,” Biale writes, “presaged the failure of Zionism as Scholem understood it.”

Scholem did not believe that Zionism was a messianic movement. Rather, it had been given the trappings of messianism to make it more recognizable to Jews.

“Zionism is not a messianic movement, even as it borrows so much of its energy from the messianic tradition,” he wrote. And so, “it risks falling into the same abyss as Sabbatianism and destroying everything it sought to create.”

Scholem was a member of Brit Shalom, a group of intellectuals who favored a binational state in Palestine, when the idea of any state was mostly an intellectual exercise. He opposed David Ben-Gurion’s nationalism and Vladimir Jabotinsky’s ultra nationalism, but when the state was declared in 1948 and Jewish Jerusalem was blockaded by Arab forces, Scholem took to his community’s defense. Nineteen years later, he called Israel’s gains in the Six-Day War “justified self-defense, but warned against annexation of the conquered territories.”

Such a move would constitute “a danger to the Jewish image of the state, to its humanistic and democratic character, or to both,” he wrote in 1967.

Scholem died in 1982. He lived long enough to see the flourishing of the settlement movement under the Likud Prime Minister Menachem Begin (although it had begun under Labor Party governments), but not its degradation into excess — for instance, Baruch Goldstein’s 1994 mass shooting in Hebron that killed 29 Palestinians and wounded another 125 — seemingly releasing the messianism that worried Scholem.

Early in his career, Scholem confessed in a letter to his attraction to the “fine line between religion and nihilism.” Nevertheless, in this latest addition to Yale University Press’ fine Jewish Lives series of short biographies, Biale shows that for all of his immersion into the mythic and irrational, Scholem remained a modern bourgeois intellectual.

Far beyond making the world a better place, Scholem gave us tools with which to consider our Jewish world today.